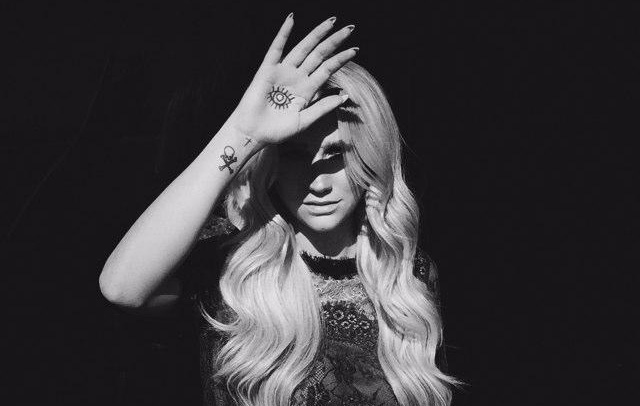 If you haven’t been paying attention, singer Kesha got royally screwed last week by a Manhattan Supreme Court judge. She alleges that producer Like Gottwald raped her when she was 18 and was never charged. She is attempting to be released from her recording contract with Sony, which the judge denied.

Demi Lovato was among the artists criticizing Taylor Swift for not coming out in support of Kesha, implying that she is not the feminist she claims to be.  News surfaced last night that Swift has donated $250,000 to Kesha to support her “financial needs.” Lovato tweeted that she was not impressed by the monetary donation. She has been responding to Swift fans on Instagram that are a tad upset with her.

Lukasz “Dr. Luke” Gottwald’s lawyer issued a statement today in response to the judge’s decision and the #FreeKesha social media push. She says that Kesha is already “free” in the Sony has said they will allow her to work with producers in the company that are not Gottwald. The lawyer, Christine Lepara, also reiterated that Gottwald denies the accusations Kesha has made against him.

Last night, the field was drawn for Copa America Centenario international soccer tournament. The United States was put in Group A with Colombia, Costa Rica and Paraguay. The U.S. Men’s National Team will begin Group Stage play on June 3 against Colombia at Levi’s Stadium in Santa Clara, California. They will also play Costa Rica at Soldier Field in Chicago on June 7 and Paraguay on June 11 in Philadelphia.

In the current men’s FIFA/Coca-Cola World Rankings, Colombia is ranked eighth, Costa Rica is ranked 31st, the United States is 32nd and Paraguay is ranked 42nd. Belgium, Argentina and Spain are currently the top three teams in the world, in that order.

The tournament final is set for June 26 at MetLife Stadium in East Rutherford, New Jersey.

The United States won the CONCACAF Women’s Olympic qualifying tournament yesterday by beating Canada 2-0. Both teams qualified for the Rio Summer Olympics by advancing to the final.

Eight USWNT players were among the tournament’s Best XI. Hope Solo won the Golden Gloves award as the best goalkeeper, while Crystal Dunn scored six goals in the tourney and won the Golden Boot.

Be sure to check back to RealLifeSTL on Thursday for my Weekend Movie Guide. Gods of Egypt, Eddie the Eagle and Triple 9 open in movie theaters this weekend. I’ll also look at what’s new on Redbox and in the world of entertainment.

Flossie Dickey Is Not Excited To Be 110

Flossie Dickey turned 110 over the weekend and of course, a local news organization was there to interview her. Flossie was not very excited to be interviewed or to turn 110, but she did say she likes her whiskey.

The Saint Louis University Women’s Basketball team posted a 51-49 win at Fordham yesterday to move to 21-6 on the season and 11-3 in the Atlantic 10. Sophomore Jackie Kemph led the way with 21 points, including a bucket with 2.2 seconds to go to give the Billikens the win.

Redshirt senior Jamesia Price had four steals in the contest, which gave her the program records for steals in a career.

With the weekend win the Billikens are assured of a top four finish in the A-10. The top four teams receive automatic berths in the A-10 Conference Tournament. The tourney will be played March 2-6 in Richmond, Virginia.

Fans recently started a petition recently to have Ryan Reynolds, in character as Deadpool host Saturday Night Live. Reynolds posted a response to the petition on his Facebook page over the weekend.

A rumor came out over the weekend that it’s almost certain that the St. Louis Blues will host the Chicago Blackhawks on January 2, 2017 at Busch Stadium in the 2017 Winter Classic. The official announcement from the NHL is expected to be made on March 6.

30 for 30 On Pete Weber To Debut Tomorrow Online

An ESPN films 30 for 30 documentary on St. Louis bowler Pete Weber will debut tomorrow online and get its first television airing this Friday. The Bad Boy of Bowling follows Weber from his Professional Bowlers Association debut at 17 through his career, good times and bad. A good portion of the documentary will focus on the relationship Weber had with his father, Dick Weber, before he passed away in 2005. The St. Louis Post-Dispatch has a in-depth look at the documentary, which was partially filmed at St. Charles Lanes.