Wondering what to stream on Netflix, Hulu or Amazon Prime this weekend? I suggest starting CW’s The 100 if you haven’t yet. The third season of the show premiered back in January and new episodes are available on Hulu as they air, but you can watch the first two seasons of the show on Netflix. 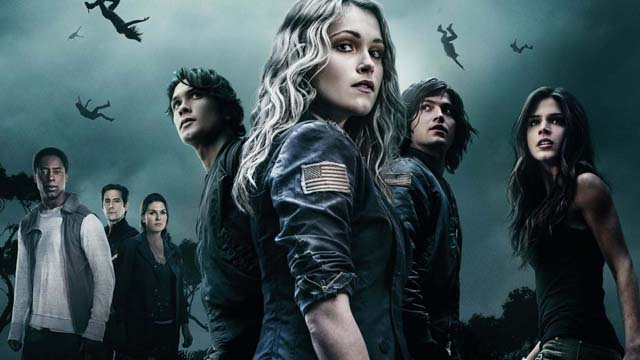 If you’re like me, you took a look at the latest issue of Entertainment Weekly and wondered what The 100 even is. It’s apparently the show that “everyone’s talking (and tweeting about)”. I really had barely even heard of the show before I asked fellow blogger Jessica about it. “OH. MY. GOD!” and “IT’S AMAZING!” were among the glowing phrases that spewed forth when she gushed about the show. These phrases came out an octave or six higher than her normal voice so I would understand the need for me to binge-watch this show immediately.

The CW isn’t a network that a lot of people would think to look to for “the most talked about show”. The network was known for having a certain “type” of show with early shows like Smallville, One Tree Hill and Gossip Girl.

After those shows ended, the network saw a shift in programming as Mark Pedowitz took the helm in 2011. The network now features critically-acclaimed shows like Jane, Arrow, The Flash and others. Viewership of shows on the network has been strong and deals with Netflix have helped push viewership numbers as series have gone along. The 100 is one that has benefited from Netflix.

The 100 is based on a series of young adult novels written by Kass Morgan, though the first episodes started filming before the first book was released. The series takes place 97 years after a nuclear war took place on earth, wiping out much of the civilization on the planet. A large group of people were living in a series of spaceships floating in the earth’s orbit when the war occurred and thus survived.  Those ships were joined together to form The Ark. Now, with resources on The Ark dwindling, 100 juvenile delinquents have been sent back to earth in an attempt to establish life there.

The juveniles will have to attempt to deal with their own differences and work together while also attempting to survive on an earth that offers a wealth of challenges and dangers.

As EW points out in their cover story, early returns on The 100 were not promising. The executive producer of the show, Jason Rothernberg, told the magazine that the worst episodes of the show were the first two episodes. It was in those early days of the show that the aforementioned Pedowitz encouraged the show runners by sending them a note that he says read “Do not make what people perceive to be a CW-type show. Make the version you want to me, the darker, grittier version”.

With the head honcho’s blessing, the show took and abrupt turn towards “dark and gritty”. EW describes it as a “grounded, gritty war dramma rife with more quandaries”. Decider calls The 100 “one of the darkest and most dangerous shows on tv”.

Season 3 of the show premiered last month and viewership increased by a hefty margin. The increase was largely attributed to the show’s new fans gained from Netflix. Season 2 of the show turned up on Netflix back in October, giving current fans plenty of time to catch up before the season 3 premiere as well as encourage their friends to do the same.

If you want a show that you can really get lost in, the first two seasons of The 100 are available to stream right now on Netflix. With that many episodes available, it’s likely you won’t be all finished and caught up in a weekend.

Here’s the original trailer for The 100

This Weekend in St. Louis Ryan 861 days ago.

This Weekend in St. Louis Ryan 862 days ago.