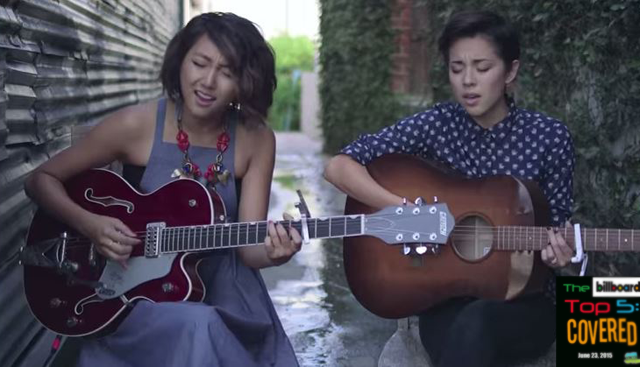 Each Tuesday we compile our favorite covers of the top 5 songs on the Billboard Hot 100. Here is this week’s edition of The Billboard Top 5 : Covered featuring Olivia Thai & Anna Luxion, Kina Grannis & Clara C, Rita Ora, Jervy Hou & Dylan Dunlap and Elyar Fox. They cover the hottest songs in the country right now by the likes of Wiz Khalifa and Charlie Puth, Fetty Wap, Taylor Swift, Jason Derulo and Walk The Moon. This week also features an awesome heavy metal cover of “Kiss The Girl” from The Little Mermaid by PelleK.

Elyar Fox covers “Want To Want Me” by Jason Derulo

“Kiss The Girl” The Little Mermaid