I’m sure everyone has seen Orange Is The New Black: Season 2 by now (except for those who have just recently realized the error of their ways and are still on Season 1). There’s no way anyone could do anything but binge watch all 13 episodes in one weekend without sleep, only pausing for bathroom breaks and to answer the door for the pizza delivery guy. Oh, wait…was that just me? Seriously though, what an intense season! Every episode I was biting my nails wondering: Who’s going to get shanked? When is Bennett going to break down and tell the guards that the baby is his? Are Piper and Larry going to get back together? When are they going to kill Vee already?…and the list goes on. 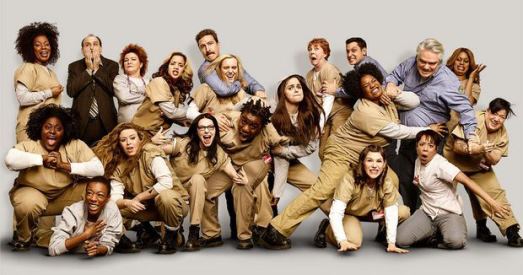 Which leads me to Season 3. So many unanswered questions…

1. While it’s pretty clear that Alex is coming back to join Piper in prison, they can’t get back together, right? I mean, if anyone has read the book, then you know that Piper and Larry are still together today (married with a son), so is Netflix going to completely change the ending and actually let Larry and Polly be together? My prediction: No way. Piper and Larry will get back together somehow.

2. Are Piper and Alex going to get back together? I guess that kind of goes along with are Larry and Polly going to actually stay together? Laura Prepon has confirmed she will be back in every episode for Season 3 so she’ll obviously be back in prison with Piper, but is she going to be pissed at Piper for putting her back in prison, making them re-consider their love and then ultimately deciding to just be friends? Maybe it won’t go down exactly like that, but I have a feeling Piper and Alex don’t stay together long.

3. Is Vee really dead? Sure, the van hit her going very fast and we saw the blood coming out of her nose, but remember when we all thought she had for sure killed Red with the lock in a sock? Yep, then Bam, just kidding. Or how about when it definitely seemed like Piper had beat Pennsatucky to death?? Netflix is tricky like that…you never know who’s coming back.

4. Will they continue with the theme of delving into each character’s background, giving us their story and how they arrived in prison, something that Piper Kerman shares in an interview with npr is a rule in prison: “to not ask someone directly what their offense is, because that’s considered very, very rude.” I for one love the compassion they are building by sharing the ladies’ stories. And there are so many I still need to know about: Daya, Nicky, Norma, Boo, Pennsatucky… 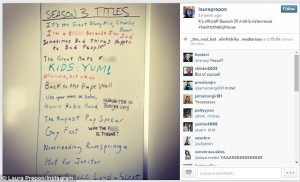 5. Speaking of Pennsatucky…she’s been hanging out with Boo, chopping her hair off, having conversations about lesbians taking over the world. Is anyone picking up what I’m putting down? Yep, I’m predicting some Pennsatucky experimentation in Season 3.

6. Who will be the new villain? It’s already been leaked that Mary Steenburgen will join the cast.  I personally think her face is too nice to portray a villain. Then again, it’s likely there will be a new assistant warden. Obviously Fig the pig is out, and judging from the fact that two inmates escaped on Caputo’s second day, it’s unlikely that he will be in charge much longer.  Every season needs a couple of new characters, and a new villain. I’m predicting it will be the new assistant warden. *Update: Check out this article with Caputo talking about making changes to the prison in Season 3.

7. Who’s going to die? While I appreciate that the characters they’ve killed off so far have been a random lady that they don’t even show you the face of, and Trish, who hadn’t really developed enough of a character to make us feel too terribly sad, I feel like Season 3 is going to hit us with something sad.  It was a close call with Red in Season 2, but I think we’re going to witness a real murder in Season 3…maybe Crazy Eyes? 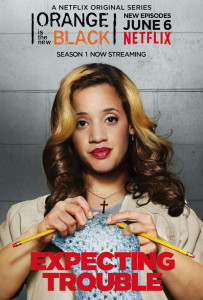 8. What’s going to happen to Daya and Bennett? After Piper and Larry, this is my second favorite story in the show. I know it’s weird and maybe he should be held accountable for his actions, but I just want Daya to get out and go live happily ever after with Bennett. He can quit and get a new job and no one will have to know. Some spoiler alerts have suggested that there will be a time jump in Season 3 and that Daya will give birth to Bennett’s baby! Ah! My prediction is that something bad is going to happen with that story and Bennett is not going to walk away a free man.

So many questions to contemplate. Do we really have to wait another year for Season 3? It’s just not fair!

In the meantime, tell me what you loved about Season 2. Did anyone notice Kitt from A League of the Their Own made an appearance on the first episode. I love the pop-up guest appearances (and it’s been confirmed that she will be joining the cast with a bigger role in Season 3)!

In case you haven’t read up on some of the interesting facts about Piper Kerman and the true story of her time in prison, check out this article and this one which actually tells the story through Catherine Cleary Wolters aka the real Alex’s eyes…and read the book if you haven’t yet. You have plenty of time until Season 3.

Did you know that Bursett (Sophia), her real name is Laverne Cox, is really transgender and an advocate for the LGBTQ community? She was the first transgender person to appear on the cover of TIME magazine just this June. She spoke at UMSL on October 21st for their 2014-2015 OSL Speaker Series. I love learning all these real life facts about the show.

Check out the official trailer for season 3 of Orange Is The New Black, premiering June 12, 2015 on Netflix.