We’ve all been hearing for years now that cable is out and streaming online TV is in. And it’s so convenient. You can use almost any device to stream the online content to your TV: Wii, XBox, PlayStation, TiVo, or you can buy a Blu-Ray player for $50-$100. Then you can watch shows on TV at your house, on your computer, or if you’re at a friend’s house and they have one of those devices, you can log in to your account and watch from there too! 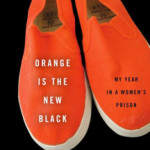 That being said, I have 2 words for you: Get Netflix!

Netflix took a hit in late 2011 after increasing prices and announcing they were separating their DVD and streaming businesses. After both losing a ridiculous amount of subscribers and plunging in the stock market, they got it together, realized what the public wanted, dropped their prices, and started adding original programs. And Bam! They’re back!

In the last year, Netflix stock has gone up 5 times in price. It’s currently at $254, which compared to what it was last September at $53, is huge. In addition, they now have 3 Emmy nominated original shows. House of Cards came out in February 2013 and is up for 9 nominations. Netflix picked up the 4th season of Arrested Development after Fox dropped it for receiving low ratings, even though it was getting great reviews and listed as the funniest show of all time in 2011 by IGN. It has become a huge success for Netflix. In addition, its series Hemlock Grove, which premiered in April 2013 is up for an Emmy nomination. Just shy of the Emmy nominations, released on July 11th, is the newest and most buzzed about show to date: Orange is The New Black. 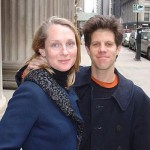 While I started out watching Orange is the New Black because the remote control was taken over by my significant other, I’m now hooked. It’s based off a true story of a middle-class white woman, Piper Kerman, who was indicted for money laundering and drug trafficking after being sold out by her ex-girlfriend. She is serving a 13 month sentence in a Federal Penitentiary in Danbury, Connecticut. Not only is it a unique story-line, it’s also real…somewhat. I actually learned fun facts from this BuzzFeed article, like that Larry really did have an article published in The New York Times, only the title didn’t actually resemble Two Girls, One Cup…thank goodness! I’ve also started reading “Orange Is the New Black: My Year in a Women’s Prison

,” the memoir by Piper, which was published in 2011, but not well known until now, and it’s clear that they added a lot of extra flare. But it’s sooo good! I love that Netflix releases its shows all at once so you can break it up and watch them as you would a normal show or if you’re like me, you can stay up until all hours of the night watching every episode at once because you’re completely hooked. Your choice.

Netflix is in its prime and if I can offer any advice, it would be this:

1. If you don’t already have Netflix, get it. I’ll admit I used to be a big fan of Hulu, but with Netflix coming out with their original shows, plus all the great shows of cable that you can watch on Netflix like New Girl, Always Sunny in Philadelphia, Breaking Bad and many more, it just makes sense to move over to Netflix. And it’s the same price: $8 per month. Plus, there’s the whole DVD in the mail thing, which is an extra $8 per month but also pretty awesome. So you can either pay upwards of $50 per month for cable plus $1.20 per movie (that you have to drive to the nearest Redbox to pick-up and take back the next day so you don’t get extra charges) or you can pay $16 per month for both.

2. If you haven’t already bought stock in Netflix, buy some. With Netflix having gone up 5 times in price within the last year, plus all of the new additions: original programs that are receiving Emmy nominations, renewing Orange Is The New Black for a 2nd season, and plans to add feature documentaries and stand-up comedy specials, it’s changing the world of TV and it is very likely that it will continue to increase in share price.

3. And finally, watch Orange is the New Black. My recommendation would be to avoid reading any potential spoilers and wait until right before Season 2 is about to come out to watch Season 1. After having just watched the last episode of the 1st season, I can tell you it is going to be dreadful having to wait too long to find out what’s going to happen next. I definitely see an Emmy win in it’s future.

Have you been watching OITNB? What do you think?