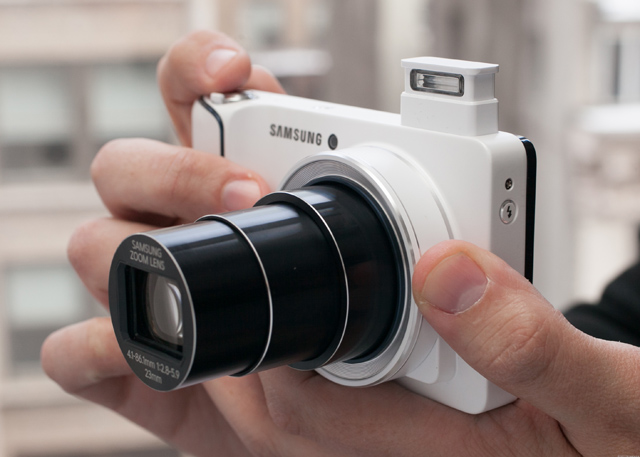 The Mardi Gras season brings thousands of extra people to the Soulard neighborhood where I live. As you can imagine, that puts quite the strain on the networks of folks like Verizon, Sprint, T-Mobile and the like. Several companies put up temporary cellular towers to handle the influx of users. Verizon let me a Samsung Glaxaxy camera connected to their network so I could put it to the test.

I was very impressed with their network. I had heard good things about it in general before, but never tested it myself. After about two weeks of using the camera on their network and my phone on the Sprint network I must say I am pretty much set on switching over to Verizon Wireless. I’ve been with Sprint since before Facebook was even a pipedream and you still got on the internet by dialing AOL.

The Samsung Galaxy camera is basically a digital camera with a smartphone as a screen. In fact, quite a few people asked me if the camera was just an extension I put on my phone. You can download the same apps you can download on your phone. I mainly used Twitter and Instagram during the time I tested the camera. Both worked pretty flawlessly. The only issue I had was when I was close to the stage for the Barenaked Ladies concert after the Beggin’ Pet Parade in Soulard. When I was inside the VIP tent area, I couldn’t get any service to upload or tweet. Outside the tent things were spotty. I gather that this problem only came about because of the large amount of people congregated in that area.

The camera is of course bigger than your phone. It can connect via the 4G LTE network or your basic WiFi network. At .75 inches deep, it’s double the Samsung Galaxy S4 smartphone and its weight of 10.59 ounces is a little more than double as well. The camera comes in at 16 mega pixels with a 21x optical-zoom lens. It also features a backside-illuminated (BSI) sensor so I was able to take great pictures even as the sun went down.

While the camera does take some getting used to if you are accustomed to using a Galaxy phone, I found that holding it in my right hand and typing with my thumb was pretty comfortable. Having the index finger on one side of the lense and your other three on the other gives you a pretty secure feeling. The one problem I think had was typing on the virtual keyboard, especially in the cold. The phone’s main home button is situated right below the space bar. I found myself frequently typing a tweet and getting close to the end just to accidentally hit the Home button and have to start all over again. Some of this was of course user-error.

I’m not a photography expert by any means so I mostly shot pictures on the “Auto” setting. There’s an “Expert” setting that bring up this fancy screen with all sorts of things you can change. 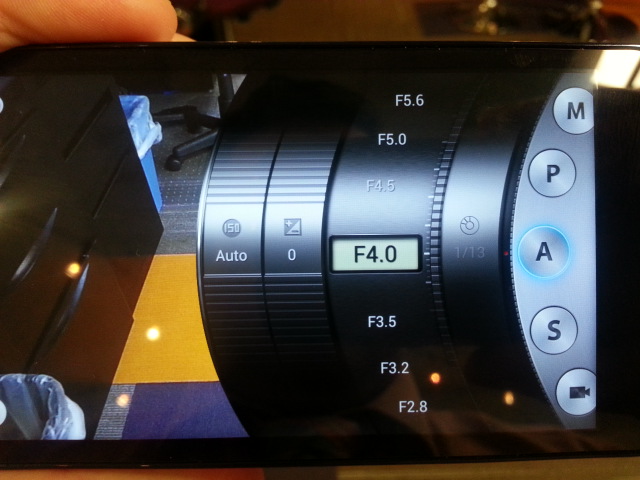 The camera itself can hold a little under 8GB of data. It has an SD card slot that supports up to 64GB. The battery life under actual usage is listed at 2 hours whereas the Standby time is listed at 12 hours. The camera is capable of taking HD video with 1080p playback. If you are doing a lot of that then your battery will drain faster.

Through Verizon, this camera is available for $549.99. As far as a monthly plan goes, if you are already using Verizon for your cellular service then you would just have to pay the $5 Line Fee to use this on the network as well. Verizon does recommend that you get at least a plan with at least 4 GB of data if you are using this device and a smart phone. That would run you $70 a month.

This camera is a very cool product and it works very well on the Verizon Wireless network. If you want 99% of the features of a smart phone and to be able to take better pictures than most to share right away on social media, then this camera is for you.

Here’s a slideshow of some of the pictures I took.

Here are more of my favorite pictures that I took during my time with the Samsung Galaxy Camera.

This Weekend in St. Louis Ryan 968 days ago.

This Weekend in St. Louis Ryan 968 days ago.