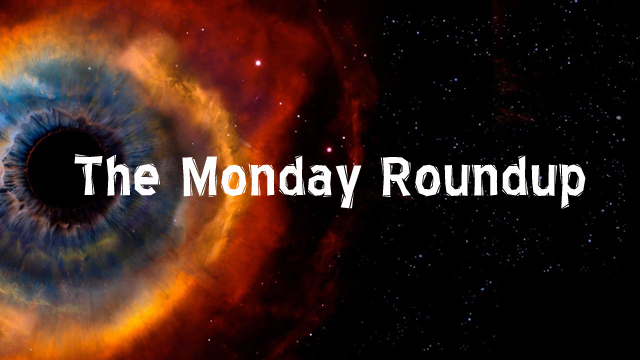 Edward Snowden, the NSA’s #1 enemy, spoke at the South By Southwest conference in Texas today. He is of course holed up in Russia so he spoke via video conference.  He said the National Security Agency and comparable agencies “set fire to the future of the internet” and encouraged users around the world to be the “firefighters”.

Malaysia Airlines Flight 370 left Kuala Lumpur early Saturday morning and lost contact with ground controllers about an hour into the flight. 239 people were aboard the jet, including three Americans. The flight was headed to Beijing and roughly two-thirds of the passengers and crew were Chinese. 20 employees of Texas-based Freescale Semiconductor were on the plane. The plot thickened shortly after when authorities found out that at least two passengers who were listed on the passenger list were not actually on the plane. Both had had their passports stolen in the last year and passengers using those passports had boarded the plane. Malaysia’s civil aviation chief said in a press conference that the two unknown men looked like Italian soccer star Mario Balotelli. An Iranian known to a Thai travel agent only as “Mr. Ali” booked both tickets that used those stolen passports. Vietnamese authorities said their searchers spotted what they think is debris from the plan yesterday but couldn’t land the seaplane to investigate further. Air France Flight 447 disappeared back in 2009 and it took nearly two years to find the bulk of that wreckage.

According to this story, the app claims that it could help someone read at a speed of up to 1,000 words per minute. It will come pre-installed on new Samsung devices but there are no plans for iOS or Android apps soon. The app works by flashing words on the screen with one letter highlighted in red. Having the red letter as the “Optical Recognition Point” increases comprehension. The company’s blog further explains their process.

Two daughters of the King of Saudi Arabia have been contacting news organizations for help. They claim they are being held captive in the royal compound along with two of their sisters. They say they have been held for 13 years while only being allowed to go out to shop for food. Three half-brothers have been put “in charge” of them by their father, King Abdullah. The four are the King’s daughters by Alanoud Alfayez. The two were married for about 10 years. They married when she was 15 and the King was in his 40s. Reports are that the sisters were placed in captivity after they began to complain about various policies of their father. In accordance with Saudi law, Saudi Arabia allows women very little freedom.

Apparently the turnout was close to 100%, no one ran against him and every single person voted for him.

Miley Misses Costume Change And Performs In Her Underwear

The singer missed a scheduled costume change during the show and in order to keep it running on schedule just came out in her underwear. She had to explain it on Twitter later. 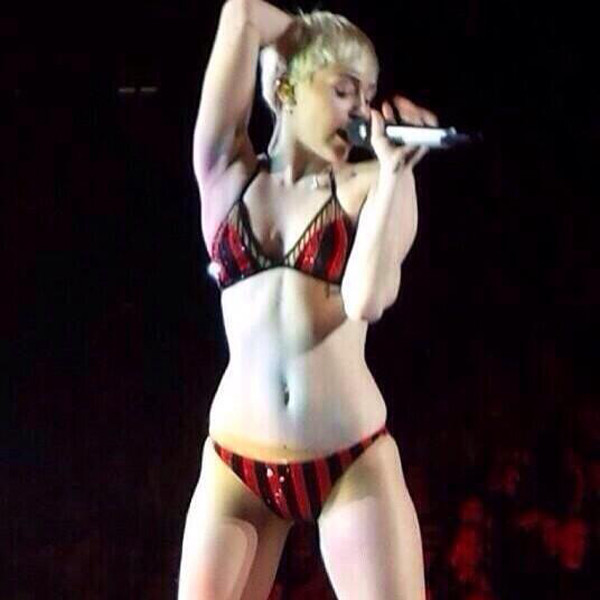 James Degorski killed seven people during a restaurant robbery in 1993. He sued Cook County because a Jail Guard allegedly punched him and broke several bones. The jury was not allowed to hear the gruesome details of Degorski’s crime. Degorski will almost certainly never see the money.

The producers of “The Bachelor” are fed up with the antics of Juan Pablo Galavis and can’t wait for the season to end.

300: Rise of an Empire Takes The Weekend

The sequel brought in $45.05 million to take the top spot. Mr. Peabody & Sherman was second with $32.5 million. Considering 62% of 300‘s receipts were from 3-D screenings, it’s likely the gap between #1 and #2 would have been much smaller on equal footing.  Non-Stop brought in $15.4 million. The LEGO Movie has now brought in $225 million after coming in fourth with $11 million. Son of God was fifth with $10 million.

The science show debuted on Fox and a nine other channels last night. Here’s the trailer.

Bieber Back In The Dance Studio

People aren’t really sure what he is practicing for but, at least it is keeping him out of trouble.

Adam Lanza committed the tragedy at Sandy Hook Elementary. His estranged father, Peter Lanza, spoke to the New Yorker for the first time. Peter had been divorced from Adam’s mother since Adam was nine years old. He has met with two families of the victims and thinks of the tragedy on a daily basis. He says he wishes Adam had never been born. The quote the media is leading most stories with is something he says about Adam, “you can’t get any more evil”.

Riverfront Times Puts A Reporter at Pop’s For 24 Hours.

The reporter had lots of good times and saw some ridiculous things.

Dumbasses Don’t Understand What A “Prank” Is

These guys in Australia claim to “do reckless shit for your entertainment”. The dumbasses decided it’d be a good idea to stage a “prank” in various locations around town where one of them would be at the ATM and another would come up to him and act like he was robbing him. Fast-forward to 1:08 on this video. The bystander has apparently thought about what he would do if he came across a situation like this and reacts in an awesome manner.