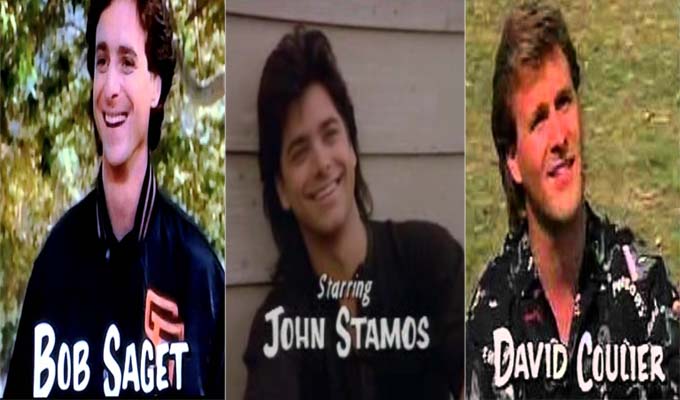 Bob Saget, Dave Coulier and John Stamos have been out in full force recently promoting the Danny, Joey, and Jesse reunion that is this year’s Dannon Super Bowl commercial. This isn’t a full reunion just yet, although Stamos recently hinted that they may be closer to doing one than they ever have before.

The Super Bowl commercial that has the Full House guys promoting Dannon’s Oikos greek yogurt brand recently leaked. By “leaked” we of course mean that Dannon put the commercial on Youtube themselves. It’s at least more legit than when a c-list celebrity happens to have their phone stolen and naked pictures or a sex tape happen to get posted online.

Last night you knew something was brewing when Stamos tweeted this.

What ever you do, DO NOT miss the opening of @jimmyfallon tonight! pic.twitter.com/ydBrPYSyYT

Sure enough, they showed up on Late Night with Jimmy Fallon last night to comfort Fallon, who is taking over The Tonight Show on February 17th from Jay Leno. The skit of course takes place in Michelle Tanner’s old bedroom.

This marks the second time Stamos has been on with Jimmy Fallon. His tv band Jesse & The Rippers reunited for one night only six months ago on the show to bring down the house with this performance.

That performance was not part of the Dannon promotional tour they are currently on, which saw them on Good Morning America yesterday. Pictures of the guys from that set were plagued by Rihanna photobombs.

Leave it to @rihanna to pull off the ever complicated DOUBLE BUNNY EARS! #RihannaOnGMA pic.twitter.com/vqkWj8ZcES — Good Morning America (@GMA) January 29, 2014

When they did finally get on the air, Stamos decided to show off how much he loved Dannon Oikos greek yogurt by showing off his boxers.

The guys also did a Ask Me Anything (AMA) session on Reddit. This gem came out of the session, as captured by Buzzfeed.

Hopefully the attention this reunion is getting will bring us closer to the long-hoped for reunion. It’s been way too long since this happened.

This Weekend in St. Louis Ryan 770 days ago.

This Weekend in St. Louis Ryan 771 days ago.