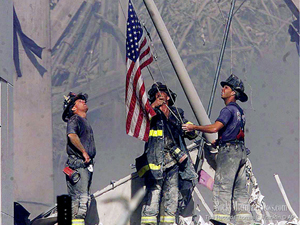 September 11th, 2001 will always be remembered as the day that we lost countless innocent lives and our way of life was forever changed. 2,753 innocent people, representing 115 nations, lost their lives that day. With each passing year, we should remember those lives that were lost as a result of the events that day.

412 emergency workers were among those killed in the attacks. Those included firefighters, paramedics and police officers among others.

2,108 U.S. troops were killed in the ensuing Operation Enduring Freedom along with countless from other nations.

Take time to watch the below videos and think about how proud you are to be an American.

This Weekend in St. Louis Ryan 972 days ago.

This Weekend in St. Louis Ryan 973 days ago.