Did you know that St. Louis is the home of Everclear? No, not that Everclear. They’re from Portland. I’m talking the 190 proof liquid fire that is the main ingredient in Jungle Juice (or whatever you called it before you were legally able to drink). I was surprised, but it turns out Luxco is the maker of not only Everclear, but Pearl Vodka and one of my favorites in my early drinking days, Purple Passion.

Finding out this surprising news I wondered what else comes from St. Louis? I mean, we all know Budweiser; I think they are synonymous with St. Louis even though they aren’t locally owned any longer. But what else?  A quick Google search led to surprisingly few results, or at least it took trips to lots of websites on a computer that wasn’t getting along with me, to compile a list.

So here it is. Well, in saying that I admit up front that there were a dizzying number of acquisitions and sales and mergers and hostile takeovers so I may have a mistake or two. 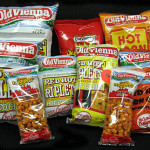 Section 1: Things that are so St. Louis. Making a gift basket that you want to fill with local treats to send to a native who has moved away or welcome someone new to town?  Try these out: Dad’s Cookies, Gus’ Pretzels, Red Hot Riplets, Billy Goat Chips, Bissinger’s chocolate, Switzer’s Candy, mostly known for their licorice, and of course, Hautly Cheese.

Section 2: Once you have tried all of that, you may be suffering from heartburn. Time for a TUMS. You guessed it, TUMS is made in St. Louis. Or how about a cold beverage: Fitz’s Root Beer, located in The Loop, uses a vintage 1940’s bottling line that turns out a bottle a second. There’s also Vess Soda, Thomas Coffee, Ronnoco, Schlafly, and Kraftig, all from STL. 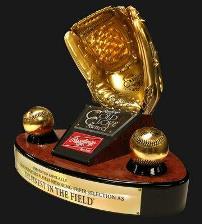