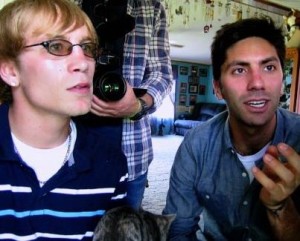 If you weren’t familiar with Deadspin 2 days ago, you should be by now. I had originally written this post about Catfish (or catfishing)  because I am addicted the MTV show by that name. Then all heck broke loose yesterday when Deadspin broke the Manti Te’o story. Learn more about that here.

As defined by Urban Dictionary: A catfish is someone who pretends to be someone they’re not using Facebook or other social media to create false identities, particularly to pursue deceptive online romances.

Nev Schulman, host of MTV’s Catfish and a catfish victim himself, weighs in on the Te’o ordeal here:

“I think it can and obviously does happen to anyone. When you make a connection with someone online, oftentimes it feels a little limited, but also safe. And people, strangely, are more comfortable sharing information about themselves sometimes with strangers online, simply because it’s someone who is outside of their normal circle of friends, much in the same way you share things with a therapist. People get very close with these online friends.”

This is not about using match.com to find a date, this is literally a random message from someone online that you have no connection with or ability to confirm their actual existence. In one episode of Catfish the two people actually met on vampirefreaks.com, so this really can come from anywhere. Either way, many people are speculating that Manti Te’o had to be in on the hoax because how could someone possibly be fooled like that.

One misconception of many people with false online identities is that it doesn’t hurt anyone. The story of Manti Te’o proves that is not accurate.

I am here to tell you it is absolutely possible. Watching Catfish has opened my eyes to the wild things people will do and say with the safety net of being anonymous on the internet. I think my generation views having a relationship with someone online that you have never met as crazy, certifiable. Several of my friends can’t believe that this could happen. How could you have feelings for someone you have never met?

The younger generation feels more comfortable and trusting of the internet since they have grown up using it. Check out the commercials for Statefarm – State of disbelief. It also seems to offer people the opportunity to be someone else giving them extreme confidence when in-person they have little. Some of these people actually carry on these online relationships without ever meeting for several years. I guarantee that, in their mind, the feelings/emotions are very real. The craziest part of this is that many of the people creating fake online personas actually have more than one fake profile. It takes a ton of time and energy to keep up with multiple profiles and conversations/relationships and some have had profile for 5-10 years. I can’t keep up with my own information much less 5 fake ones.

Back to the actual show. It is like a car crash, you don’t want to look but you can’t help yourself. It is funny, sweet, and really sad all at the same time. It is not unlike the people we all encounter on Facebook who insist on divulging every detail about their life. Who they hate, what they do every minute, how sad they are, how much they hate life, etc. Wanting attention is human nature and the internet lets us get attention almost instantly by posting a status, a picture, or a meme without even blinking an eye or actually considering if this is appropriate before hitting post. And, like clockwork, we get likes, words of encouragement, and re-tweets and we are suddenly validated. The people on Catfish just use it to the extreme.

A. Don’t have online-only relationships.

B. If you do, make sure to video chat and then meet the person with other people present. We don’t want this to turn into a CSI episode.

C. Get out and meet real people with similar interests as you. Don’t hide behind the fake avatar – it can hurt other people.

I can’t wait for season two. If you haven’t seen the episodes from season one, here is a snapshot:

Do you know anyone who has fake profiles for relationships? Have you been a catfish victim? Please share.

Brought you by Mills Apartments