Here Today Expanded Outside St. Louis This Week With The Opening Of A Store In Jefferson City, Missouri

The stores seeks to offer deals “so good that they won’t be available for long” on a variety of products.

The first Here Today store opened in Florissant, Missouri back in 2013.

While St. Louisans might not recognize the names behind Here Today, they are likely to have fond memories of the stores the team has been involved with.

Bill Shaner, one of the original founders of the chain, served as the CEO of Save-A-Lot, based in Earth City.

Shaner attempted to describe Here Today to the St. Louis Post-Dispatch when the chain opened its first store.

“It’s difficult to describe because it really isn’t like anything else. If you take a combination of a Trader Joe’s, a HomeGoods and a Five Below and mesh them all together — put them in a pot and stir them up — that’s Here Today.” 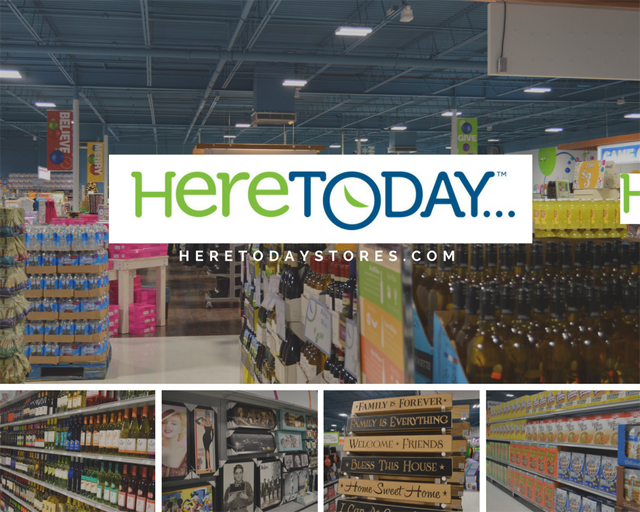 Tom Holley, another company founder, took over the GrandPa’s (also known as GrandPa Pidgeon’s) chain of stores in the St. Louis area after his father’s retirement in 1986. Holley ran the company until its sale to Value City in 1999.

Holley went on to open the first Deals store in 1999 and grew the company to 53 stores in 8 states before selling the chain to SuperValu in 2003.

Here Today’s location on Missouri Boulevard in Jefferson City was previously home to Hastings and sits next door to Aldi, a discount grocery chain. Hastings Entertainment closed all of its locations across the country in 2016 after declaring bankruptcy and being sold at auction.

The building at 2233 Missouri Blvd was previously on the market with 20,740 square feet being offered for lease. Here Today’s first location in Florissant was 17,000 square-feet.

Along with the Florissant and new Jefferson City store, Here Today currently has one store in Fairview Heights, Illinois and six stores on the Missouri side of the river — Fenton,  Arnold, Lake St. Louis, Shrewsbury, St. Charles and St. Ann.

The company plans to open a store in Cape Girardeau, Missouri be the end of the year and in Springfield, Illinois in the Spring of 2018, according to the company’s website.

You can check out current deals available in store as well as current career opportunities available with the company at HereTodayStores.com.