*Update: Please check event website or Facebook event as some events for the weekend have been cancelled.

St. Louis Cardinals: The Cardinals play their final game against the Cincinnati Reds before traveling to Chicago to play the Cubs. The promotional giveaway is a Rally Towel. In addition, it’s Career Day ticket special of $15. With purchase of ticket, students and educators can enjoy a special pre-game Q&A/Panel Discussion with executives from the Cardinals, Fox 2 & KPLR, and Westminster College, focusing on careers in sports and media. Following the special presentation, students can attend an exclusive College Fair with representatives from many colleges and universities from around the Midwest. The ticket also includes a voucher for a free jumbo hot dog, soda and chips during the game.

HOP in the City: Throughout the year, the team at Schlafly brews a ton of different beers. We set aside one day in September for you to come enjoy a plethora of these delicious brews in one place. HOP showcases our passion for all styles of beer – 40 styles and 6 specialty tappings to be exact. Join us to sample everything from hopped-up IPAs and wood-aged beers to traditional ales and lagers. As a new tradition that began a couple years ago, Founding Brewer/Gong Master Stephen Hale will be ringing in several of our specialty tappings with his variety of costumes. Enjoy live local music from The Foggy Memory Boys, Loot Rock Gang, Jon Bonham & Friends, and Funky Butt Brass Band, and a special menu of festival fare from our brewpubs.

This event has been canceled.

Ed Sheeran: English singer/songwriter and multi Grammy winner, Ed Sheeran comes to St. Louis on his tour promoting his latest album, Divide. His first two singles off the album: “Shape Of You” debuted and “Castle On The Hill” debuted at #1 and #6 on the Billboard Hot 100. In addition, Ed’s other hits off his first and second albums include: “Lego House,” “Thinking Out Loud,” “A Team,” “Photograph,” and “Everything Has Changed,” and more. Special guest artist is English singer/songwriter, James Blunt.

Eli Young Band: A country band of brothers who play their own instruments, write their own songs and cling fast to their Texas roots. Their stable of hits including “Crazy Girl,” “Evin If It Breaks Your Heart,” and “Drunk Last Night” collected Platinum and Multi-Platinum certifications that lead to Grammy and CMA Award nominations, Billboard Awards and an ACM trophy for Song of the Year. Guest artist is Joshua Stanley.

Kirkwood Greentree Festival: The theme for 2017 is: Greentree Undersea Adventure! This annual event enhances community spirit and showcases the volunteer involvement of the residents and their non-profit organizations. The festival provides entertaining and educational activities that reflect the traditional values of the community. Live music from Fabulous Motown Revue, The Creek Rocks, The Scandaleros, Al Holliday and The East Side Rhythm Band, Falling Fences, and The Jeremiah Johnson Band, plus arts and crafts booths and the parade. The Greentree parade steps off at Kirkwood High School, 801 W. Essex, at 10am on Saturday, Sept. 16.

Taste of St. Louis: The ultimate food experience features the region’s best restaurants on Restaurant Row, Stella Artois Chef Battle Royale Culinary Competition on the Stella Artois Culinary Stage, The Marketplace, The Music Stage with free national concerts and fashion shows, Kids’ Kitchen – cooking with STEAM, Presented by SCOPE, The Village – an eclectic mix of finders & creators for a unique shopping experience, and so much more!

Great Forest Park Balloon Glow and Race: This spectacular annual event kicks off with the Balloon Glow in Friday evening where all of the hot air balloonsfire up for a spectacular “gaslight glow.” There will be live music by Boogie Chyld and you can enjoy a special Glow in the Park Balloon Glow Dinner hosted by the Humane Society of Missouri. The glow will be followed by a fireworks show at 9:15pm. Saturday is the race. The “Hare” balloon will send off at 4:30pm to be followed by the “hound” balloons. Before the race, enjoy live music from Super Majik Robots plus performances by The Muny Kids, IGNITE Theater Company and Pazazz Performers, children entertainment activities, and a skydiver show. 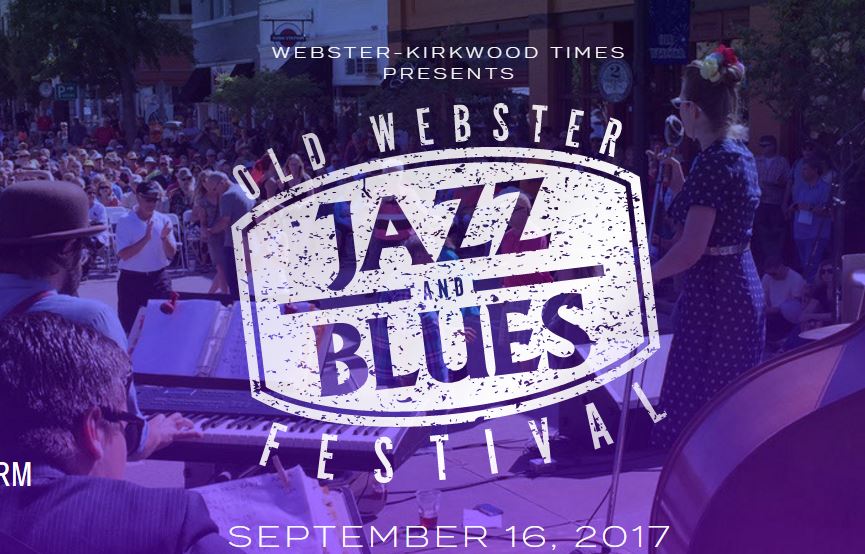 Shakespeare in the Streets: The sixth annual SITS production, underwritten by PNC Arts Alive, will ask residents from all neighborhoods to reflect on “what it means to be a St. Louisan today” in this citywide celebration in an adaptation of Shakespeare’s King Lear – Blow, Winds. Festival Playwright-in-Residence Nancy Bell will use the Bard’s King Lear to create an epic theme that encompasses the entire city of St. Louis, not just one neighborhood. “This project sheds light on what there is to celebrate in our city, while still acknowledging the problems we all face. Our fate belongs to one another.” — Nancy Bell, Playwright. Patrons are encouraged to bring their own chairs and sit in the closed street or the adjacent park.

Brantley Gilbert: Country music star, Brantley Gilbert with openers Tyler Farr and Luke Combs, will stop in St. Louis on his The Devil Don’t Sleep Summer Tour. Brantley’s hits include: “Country Must Be Country Wide,” “You Don’t Know Her Like I Do”, “More Than Miles,” “Bottoms Up”, “Small Town Throwdown,” “One Hell of an Amen” and more.

Mike Birbiglia: A comedian and storyteller who has performed in front of audiences worldwide, from the Sydney Opera House to Carnegie Hall. His most recent shows, My Girlfriend’s Boyfriend and Thank God for Jokes, were both filmed for Netflix. Mike has released four albums for Comedy Central Records, including My Secret Public Journal Live, which was named one of the “Best Comedy Albums of the Decade” by The Onion AV Club. In addition to performing live, Birbiglia is an author and filmmaker who wrote, directed, and starred in the acclaimed films Sleepwalk with Me and Don’t Think Twice. Jacquelina Novak will perform at 7pm followed by Chris Laker at 7:10pm.

Korean Performing Arts Festival: Enjoy the Korean cultural celebration of music and dance collaborated with Korean Traditional Performing arts during Korean Week. During the day, there will be a Chuseok Festival Day Program at McGrath Elementary School from noon-4pm. Explore Korean Culture Expo and enjoy the food, costumes(hanbok;한복), traditional games, K-POP performances, Taekwondo and many more! On Sunday, take advantage of Family Sunday: Passport to Korea and learn the Korean alphabet, have story time, enjoy a Pungmul(Korean traditional percussion) performance, and a Korean Games demonstration.

2nd Thursday: Living Art-HOME: There’s just no place like home. At this 2nd Thursday, we’ll explore what home may be and all its meanings as we create a piece of artwork that reminds us of a home we all share: earth! Participants will decorate a vessel to house their own plant in and then bring it to their own home. Local artists will lead art-making activities that will delve into this theme and visitors can make their own pieces to enhance their home.

MOSAICS Fine Art Festival: The 23rd annual free arts festival features 100 juried artists from across the country presenting art mediums including, glass work, photography, painting, sculptures, jewelry, woodworking, and much more. There will be a performance stage with artists from across the region, a children’s village providing hands on art activities for the kids, and an Art For Youth Gallery where children can buy professional works of art at a nominal fee.

Renaissance Festival: This long standing event that brings you adventure, excitement, and the spirit of the Renaissance returns for it’s 18th season. Travel back in time as you step into the beautifully wooded, 16th century French village we call Petit Lyon! Thrill to the exploits of Jousting Knights on thundering steeds. Roam the village shoppes for unique crafts as our artisans demonstrate period skills like blacksmithing and woodworking. Delight in comedy, music, magic, and more on our nine stages of non-stop entertainment! Feast on delicious food and drink from the far reaches of the globe, and interact with the colorful villagers, nobles, peasants and characters of ages past! This opening weekend’s theme is Highland Fling. Enjoy a kilt competition, a keg toss, beard competition, and the Highland Games Championship.

Check out our preview of Saturday’s Saint Louis FC match.