Country star Eric Church stopped in St. Louis over the weekend for a show at Scottrade Center downtown. During the show, Church covered two Chuck Berry songs, “Tulane” and “Nadine”, as a tribute to the late singer. Berry passed away back in March at the age of 90.

The concert was part of the singer’s current “Holdin’ My Own” tour. 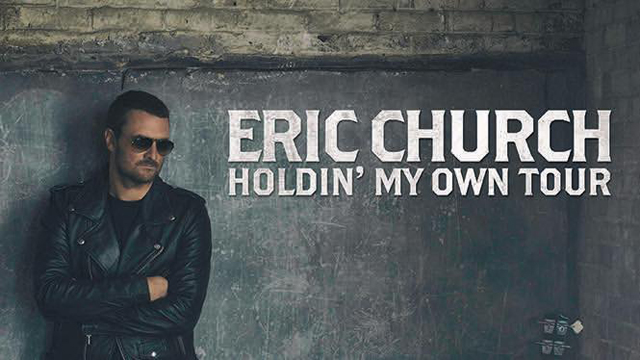 Rolling Stone magazine included “Tulane” in a list of 20 Chuck Berry songs that “laid the groundwork for rock & roll as we know it.” Unfortunately for Green Wave fans, the song is not about Tulane University. Berry told a Tulane professor during an interview back in 2003 that “Tulane” refers to a college girl that gets poor Johnny into trouble. At least that’s what the professor thinks Berry was saying.

“I asked Chuck off-handedly about “Tulane,”  after we’d stopped rolling tape,” said Spitzer. “He mumbled something about a made-up name for a college girl.

“Nadine” was released in February 1964 after being recorded in Novermber of 1963. Berry recorded the song during his first recording session after being released from prison the previous month. It’s said that Berry wrote the song while incarcerated.

On his current tour, which ends later this month in Nashville, Church has traditionally covered songs in each city special to that city. At a recent stop in Southhaven, Mississippi outside of Memphis Church performed a medley of Marc Cohn’s “Walking In Memphis” and “That’s How I Got To Memphis”, written by Tom T. Hall.

Eric Church’s “Holding My Own” tour is unique in that there isn’t an opening act each night. In St. Louis, Church took the stage at 8:35 pm and played for about 3 1/2 hours. On this tour since January, Church has things figured out. His show last month in Pittsburgh drew stellar reviews for its composition and length.

Eric Church calls himself a “massive fan” of Ashley McBryde. During an April tour stop in Chicago McBryde joined Church on stage to sing “Bible and a .44.”