Each Tuesday we compile our favorite covers of the top 5 songs on the Billboard Hot 100.  With this last Billboard Top 5: Covered post of 2016. We’ve compiled some of the best covers we’ve featured this year. Check out these covers by the late Christina Grimmie, Jasmine Thompson, Against The Current, Alex Goot, Kurt Hugo Schneider, Boyce Avenue, Sarah Hyland, Conor Maynard, Anth and Nicole Cross. 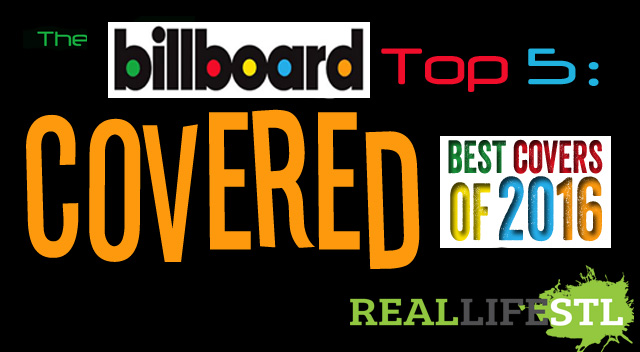 These videos are all available in a video playlist powered by Huzzaz. Our video collection there now features more than 750 cover videos from multiple artists.

Christina Grimmie was tragically killed on June 10, 2016 while signing autographs for fans after a concert. Here she is covering “One Dance” by Drake just days before she was killed.

Jasmine Thompson released this cover of “7 Years’ by Lukas Graham back in April. It currently has 7.4 million views on YouTube.

“Sorry” by Justin Bieber ruled the early part of 2016. This cover of the song by Against The Current, Alex Goot and Kurt Hugo Schneider was released in January and currently has 17.3 million views on YouTube.

“Closer” by The Chainsmokers featuring Halsey was one of the top songs of 2016.  This cover of the song by Boyce Avenue and Sarah Hyland was released in November and current is closing in on 23.3 million views on YouTube.

“I Took A Pill In Ibiza” Mike Posner

Conor Maynard’s cover of “I Took A Pill In Ibiza” by Mike Posner has amassed 11.4 million YouTube views since March of 2016.

Conor Maynard covers “I Took A Pill In Ibiza”

Conor Maynard also scored big with this cover of “Work” by Rihanna featuring Drake. The video, in which Anth is also featued, is currently sitting at 21.8 million views since being uploaded back in February.

Justin Timberlake’s “Can’t Stop The Feeling” got people tapping their feet in anticipation of the release of Trolls. This cover of the song by Nicole Cross has been viewed 528,000 times.