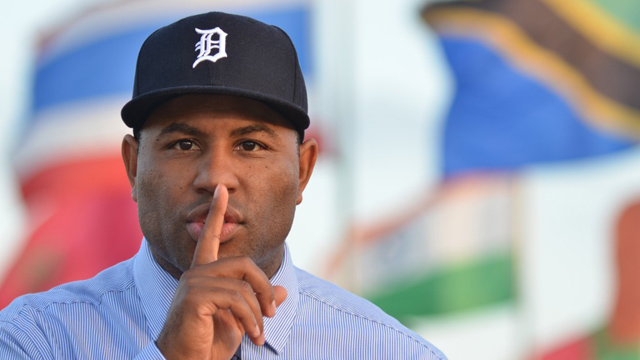 Dr. Eric Thomas is a motivational speaker who gives speeches around the country. While he is paid for many of his speeches, he also makes a point to give speeches and juvenile detention centers and “low-achieving” high schools around the country during his nation-wide tours. Dr. Thomas recently gave a speech at Vashon High School in St. Louis that took a turn after the speech was interrupted by a group of students.

Stephen Curry’s daughter Riley can’t help but win whatever she does. In this video recently posted to Instagram, Riley sings “Happy Birthday” to her father on his 28th birthday.

Happy Birthday brodi ! Keep inspiring the world & proving each day all we have to do is continue working on excellence and follow faith, love you cuz •

The final trailer for Marvel’s Daredevil season 2 premiered this week. The season hits Netflix on March 18.

Seth Rogen and Evan Goldberg are putting together an R-rated animated comedy, Sausage Party, and the trailer was recently released on YouTube. Kristen Wiig, James Franco, Jonah Hill, Paul Rudd and Salma Hayek are among the stars lending their voices to the characters in the film.

This is not a trailer for the 2005 film starring Aaron Carter and Alana Austin. This is Popstar: Never Stop Never Stopping, which is being released in theaters on June 3, 2016. Andy Samberg stars as popstar Conner4Real. Sarah Silverman, Bill Hader, Will Forte, Joan Cusack and Martin Sheen also appear. A host of popular musicians also appear, including Carrie Underwood, Adam Levine, D.J. Khaled and Snoop Dogg.

Nickelodeon School of Rock ‘What I Like About You”

The kids from Nickelodeon’s School of Rock cover the classic “What I Like About You”.

Nickelodeon’s School of Rock ‘What I Like About You”