What To Stream: Spanish Lake

Wondering what to stream on Netflix, Hulu or Amazon Prime this weekend? We suggest the documentary Spanish Lake on Netflix. 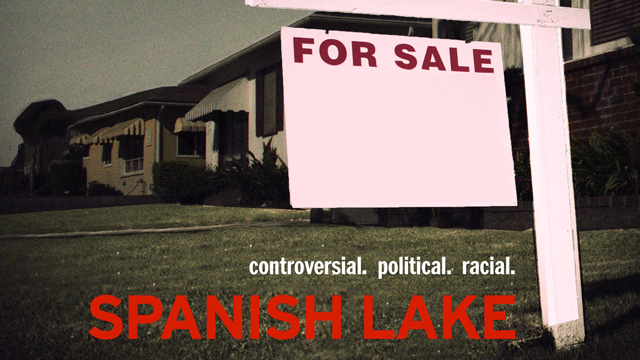 The documentary Spanish Lake recently premiered on Netflix. The documentary was originally released in 2014, but is just now available for the masses to really watch.

The documentary focuses on the changes that Spanish Lake, Missouri, just north of St. Louis city, during the 1950s and 60s. White families fled neighborhoods in mass and black families took their place, as the film puts it.

The movie was made by Phillip Morton, who lived in Spanish Lake himself and happened to visit the area again while in college. Morton records interviews with many people who grew up in the area. Many have moved away while others are still there and clinging to memories of long ago.. He does many of these interviews  at a 2011 Spanish Lake Reunion, where many of the group call themselves “Lakers”.

This project by Phillip Morton was funded via a Kickstarter campaign that raised $20,100 from 62 backers. The film was shown for a successful five weeks at the Tivoli theater, while a planned showing at a Wehrenberg theater in St. Charles was shelved after the unrest that followed the death of Michael Brown in Ferguson.

Joe Williams of the St. Louis Post-Dispatch gave the film 2 1/2 star out of four. Urban Review Saint Louis said that the documentary over-simplified the changes in Spanish Lake.

Watch the documentary for yourself and let us know what you think.