Holly Holm did the unthinkable on Saturday night in Australia at UFC 193. Holly Holm beat Ronda Rousey by knockout in the second round. Holm beating Rousey was one thing, but to do it by knockout was a whole different animal. Holm stunned Ronda with a left and Rousey dropped to one knee. When she got back up, Holly Holm caught her across the side of the neck. That brought the mighty “Rowdy” Ronda Rousey down and Holly Holm pounched on her and the referee ended the fight.

WATCH: @_HollyHolm dropped the big one tonight, that being @RondaRousey. #UFC193 #StunnerDownUnder pic.twitter.com/X24Oc56r9y

The Holm win came after much trash talking by Rousey leading up to the match. Rousey’s ex manager Darin Harvey, who is currently suing Ronda, said that the massive amount of press in recent years had gone to Rousey’s head. The former UFC Women’s Bantamweight champion dropped to 12-1 with the loss while the new title-holder moved to 10-0 in her UFC career. While Holm’s win will catapult her career, Mike Foss writes in USA TODAY‘s For The Win that the loss may save Rousey’s career.

Both of the new releases over the weekend came in under the $10 million mark. Love The Coopers was third overall at the box office over the weekend with $8.4 million while The 33 was fifth at $5.8 million

Be sure to check back with RealLifeSTL on Thursday for my Weekend Movie Guide. I’ll take a closer look at the box office numbers from over the weekend and talk about this weekend’s new releases. The Hunger Games franchise concludes with The Hunger Games: Mockingjay – Part 2 release this weekend and The Night Before and Secret in Their Eyes also premiere. 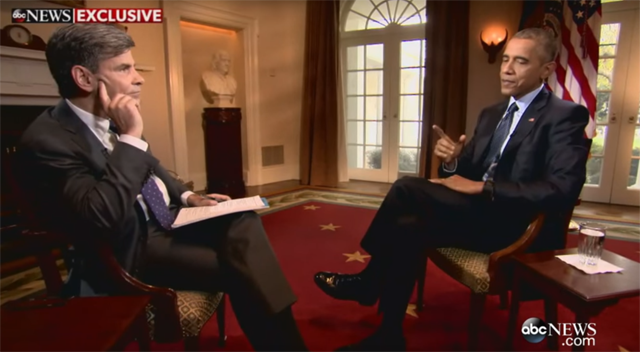 United States of America President Barack Obama addressed the recent protests at the University of Missouri in an interview with George Stephanopoulos of ABC News. President Obama praised protesters as well as the Mizzou football team and coach Gary Pinkel for standing up for something they believe in. He also urged the importance of listening to rather than shouting down those on the other side of issues.

The Chicago Bears, and plenty of their fans, invaded the Edward Jones Dome yesterday and came out with an easy victory. The Bears led 24-10 at halftime and put up 13 points in the fourth quarter alone to beat the Rams 34-13. Chicago’s Jeremy Langford put up 182 all-purpose yards and two touchdowns. Quarterback Jay Cutler also had a good day at the office, completing 19 of 24 passes for 258 yards and 3 touchdowns. Nick Foles and the Rams’ passing game had another dismal outing with Foles completing 17 of 36 passes for 200 yards and 1 interception. Todd Gurley ran the ball 12 times for 45 yards and a touchdown. Gurley is fourth in the NFL in rushing yards with 709 even after two-straight games rushing for under 100 yards. Wes Welker had 3 catches for 32 yards in his first game as a member of the St. Louis Rams.

The Rams travel to Baltimore next weekend to face the 2-7 Baltimore Ravens. The Ravens are 25th in the league in Pass Defense and 10th in the NFL in Rush Defense.

John Oliver took on the daily fantasy sports industry over the weekend on Last Week Tonight. Oliver opened the segment by saying that playing daily fantasy sports, like the games run through Fan Duel and Draft Kings, is “the most addictive thing you can do on your phone other than perhaps cocaine”. Oliver also has some other real zingers in the segment. He also points out that many of those “protesters” were actually employees of one of the companies. Seth Rogen and Adam Pally are among the folks that help Oliver parody daily fantasy sports commercials.

The Dixie Chicks announced their 2016 World Tour today and it includes a stop in St. Louis. The group will play the Hollywood Casino Amphitheater on August 24, 2016. Tickets through their Tour Club will go on sale tomorrow morning (11/17) at 9 am and to the public on Saturday November 21. The DCX MMXVI World Tour will kick off in Belgium in April 16 and conclude on October 10, 2016 in Los Angeles, California. Tickets for the St. Louis show, which will be part of the SIU Edwardsville Concert Series, will be priced at $42-$136.

Gary Pinkel, the head football coach at the University of Missouri-Columbia announced his retirement late Friday afternoon. Pinkel was diagnosed with non-Hodgkin lymphoma cancer back in May and will retire at the end of the season. He made the decision to make this his last season shortly after his diagnosis and had intended to keep the news under wraps for a little longer.

The Missouri Tigers are currently 5-5 on the season. Winning one of their last two games makes them “bowl-eligible”, but Yahoo! Sports reports that the Tigers may get an invite to a bowl even if they don’t win against Tennessee or Arkansas.

Gary Pinkel will retire as the winning-est football coach in Missouri history. Currently in his 15th season, Pinkel has won 118 wins during his time at the school against 71 losses. Don Faurot, who Mizzou’s field is named after, compiled a record of 101-79-10 during his 19 years coaching the team.

The Missouri Tigers won their first game in over a month over the weekend, beating BYU 20-16. After the game, Pinkel showed off his famous dance moves after the game as his players surrounded him and chanted in honor of their coach.

Uber is set to add a new feature called ‘Destinations” to its app. The feature will allow Uber drivers heading somewhere, say to work. to get sent ride requests made by people heading the same way.

Charlie Sheen is set to be on tomorrow morning’s Today show with Matt Lauer. Promos for the spot say Sheen will make a “revealing personal announcement”. TMZ is reporting that Sheen will reveal to Lauer and the world that he is HIV-positive in the interview. They are also saying that Sheen has settled more than one case from a former partner claiming he knew about his diagnosis and didn’t reveal it.