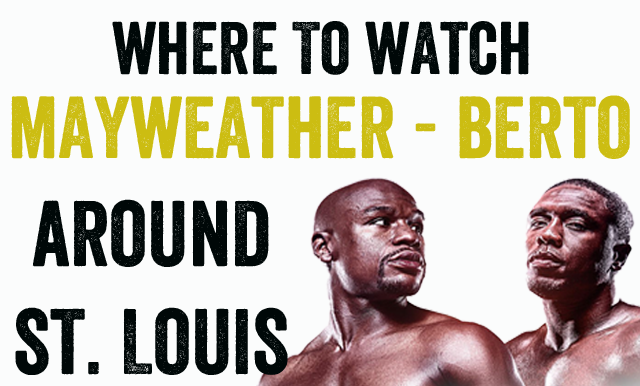 Floyd Mayweather Jr. takes on Andre Berto on September 12 in what “Money” is saying will be the last fight of his boxing career. Even though it is being billed as the last fight of Mayweather’ career, it doesn’t have anywhere close to the same hype as Mayweather-Pacquiao back in May.

ESPN reports that there are still 2,100 seats available for the fight at the MGM Garden Arena in Las Vegas according to Ticketmaster. The average price for a ticket on Stubhub is sitting at $799, which is a whole lot less than the $5,095 average to see “Money” fight Pacquiao. That fight brought in a total of about $600 million with Mayweather personally making a reported $240 million. It’s being reported that Mayweather will make about $35 million for the Berto fight. Berto is expected to make about $4 million.

With a win over Berto, Floyd Mayweather will finish his career 49-0. That career record would tie Rocky Marciano’s career mark.  Mayweather said recently that he thinks once he is retired Manny Pacquiao will be the best pound-for-pound fighter.

Andre Berto made his professional boxing debut back in December of 2004 and has a 30-3 career record with 23 knockouts. He’s won his last two fights but is just 3-3 in his last six.  ESPN ranks Berto near the bottom when ranking Floyd’s “Most Dangerous” opponents in his career. Mayweather hand-picked Berto as his opponent for this fight, which perplexed a lot of people around the sport. Berto recently talked to BoxingJunkie and seemed to throw out the idea that maybe “Money” picked him because he is a little jealous of him. A piece on Berto out of San Francisco is titled “My Life As: The Guy That’s Going To Beat Floyd Mayweather“. Here’s an analysis from Jason Keidel on how Andre Berto might beat Floyd Mayweather Jr.

The $74.95 Showtime pay-per-view will include more than just the Mayweather-Berto fight. The undercard will include Roman Martinez fighting Orlando Salido, Badou Jack fighting George Groves and Vanes Martirosyan fighting Ishe Smith. The fights are in the Super Featherweight, Super Middleweight and Super Welterwight divisions, respectively. Let’s hope the St. Louis area isn’t hit with an ill-timed cable outage this time around.

At least one of Mayweather’s daughters will be flying on his private jet to the fight. I’m not sure if that’s daughter Iyanna Mayweather, who got jumped at school back in March.She hasn’t said anything about the jet on her Twitter account although every media outlet covering the fight appears to think it’s important.

No word on if Floyd Mayweather Jr. has already received his pre-fight IV of “vitamins” or not.

Where Can I Watch  Floyd Mayweather Vs Andre Berto Around St. Louis?

The Over/Under Bar & Grill in downtown St. Louis on Washington Avenue features 37 HD flat-screen televisions. The establishment claims that “every seat in the house has a perfect view of the action”.

For Mayweather-Berto this Saturday Over/Under will be charging admission of $12 before 8pm and $15 after 8. Want a table? Prices for from $50 for a table for 2 up to $180 for a table of 8. Those prices do include the general admission for everyone at the table.

For details on the Private VIP Lounge and the rest of the Mayweather-Berto party at Over/Under check out the Facebook event page.

Dave & Buster’s in Maryland Heights will be showing the Mayweather – Berto fight throughout the building. The cover charge will be $10. Call Dave & Buster’s if you need more information.

The Hooter’s location in downtown St. Louis will be showing the fight throughout the restaurant with a $10 cover charge. Call your local Hooter’s with questions.

A representative at the Brentwood outpost of Buffalo Wild Wings said they will be showing the fight and will not be charging a cover. Seating is first-come-first-serve. Call your local BWW before making your plans.