Each Tuesday we compile our favorite covers of the top 5 songs on the Billboard Hot 100. Here is this week’s edition of The Billboard Top 5 : Covered featuring Pentatonix, Before You Exit, Melissa Steel and Sarah Close. They cover the hottest songs in the country right now by the likes of Major Lazer and DJ Snake featuring M0, The Weeknd, OMI and Silento. This week also features a cover of Common and John Legend’s “Glory” from the Selma soundtrack by Sharon Irving on America’s Got Talent. 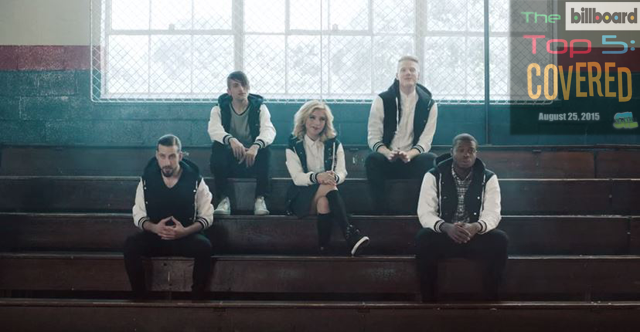 Yogi Bear, Cindy Bear and Boo dance to “Watch Me” by Silento

Sarah Close covers “The Hills” by The Weeknd