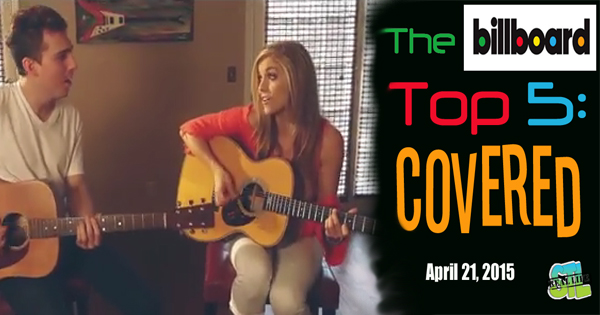 Each Tuesday we compile our favorite covers of the top 5 songs on the Billboard Hot 100. Here is this week’s edition of The Billboard Top 5 : Covered featuring Ali Brustofski, Landon Uastin and Lindsay Ell, Niykee Heaton, Alexi Blue and Alec Bailey. They cover the hottest songs in the country right now by the likes of Wiz Khalifa and Charlie Puth, Fetty Wap, Mark Ronson and Bruno Mars, Ed Sheeran and Maroon 5. This week also features an awesome bonus cover of “Hotel California”, originally by The Eagles, by Slava and Igor Presnyakov.