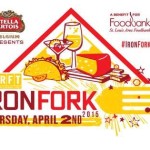 Iron Fork 2015: This ninth annual event features cocktails and signature dishes from 40 hand-selected restaurants and a chef competition featuring some of the city’s top culinary talents. The chef competition will feature: Cassy Vires from Juniper, Heather Stone from Taste, Justin McMillen from Sidney Street Cafe, and Scott Davis from Three Flags Tavern. there will also be a mixology competition from 8-9pm. Competitors include; Bobby Pickner from Sub Zero Vodka Bar, Sam Jackson from Gamlin Whiskey House, Mike Baumgartner from Helen Fitzgerald’s, Danny Parker from Sanctuaria, Chris Sorgani from Diablitos Cantina, Steve Boulch from Hendricks BBQ, and Tony Saputo from Layla. General Admission tickets are $40 in advance, $45 at the door and include unlimited restaurant samples and 3 complimentary sponsored drinks. Or go VIP to include early entry, lounge with a private bar complete with 5 free sponsored drinks, unlimited restaurant samples, and a gift bag. 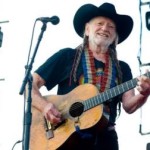 Willie Nelson & Family: The legendary Willie Nelson is hitting St. Louis this Thursday on his 2015 tour. Considered the creator of outlaw country (along with Waylon Jennings), Willie was inducted into the Country Music Hall of Fame in 1993. His career includes platinum singles, quadruple-platinum albums, platinum record sales, and Grammy Awards. With classics including: Mammas Don’t Let Your Babies Grow Up to Be Cowboys, Good Hearted Woman, Always On My Mind, Whiskey River, & On The Road Again, his shows are sell-outs. Currently you can still find some tickets on StubHub, but not many.

St. Louis Blues: The Blues are in the playoffs once again. In the meantime, the play the Calgary Flames this Thursday for the final time in the regular season. This is the last home game before fan appreciation week begins. Thursday’s game is Autism Awareness Night to benefit Autism Speaks. Volunteers will be at each entrance selling raffle tickets to win autographed Blues prizes! Raffle tickets will be $1 each or 6 for $5 and winning raffle numbers will be displayed on the score board during the second intermission and listed outside the Guest Service Center at section 119. If you haven’t purchased tickets yet, use the offer code: 15ALPHA to donate $5 to Autism Speaks. Also, don’t forget to enter to win tickets to the playoffs. 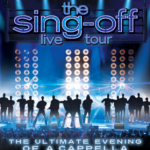 The Sing-Off Live Tour: Featuring The Sing-Off fan favorite groups VoicePlay (season 4) and Street Corner Symphony (season 2) plus The Exchange, one of the runners up this year’s 2-hour The Sing-Off television special of Season 5. The groups will perform their a cappella versions of this year’s chart topping hits as well as favorite arrangements from the TV show. In addition to headlining talent, each concert will feature local a cappella groups to open the show, allowing fans of the genre the chance to discover top local talent as well. Tickets start at $26. 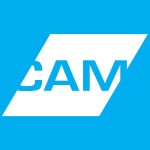 First Friday at CAM: Enjoy an evening of art, music, and culture in Grand Center the first Friday of every month. This Friday, stop in for an exhibition tour led by Museum staff, enjoy a drink at the bar and music from KDHX DJ Kelly Wells of Steam-Powered Radio﻿. Tonight only, in collaboration with the International Institute, CAM offers a special Spanish Language tour.﻿ Exhibition tour: 6pm / Spanish language tour: 6:30pm / DJ begins at 7pm. Enjoy a complimentary drink for Young Friends members and above. Cash bar. You can also walk the neighborhood gallery and enjoy the latest art exhibitions at the Bruno David Gallery, Craft Alliance Center of Art + Design, the Museum of Contemporary Religious Art (MOCRA), Portfolio Gallery, the Pulitzer Foundation for the Arts, the Sheldon Art Galleries, and the Saint Louis University Museum of Art. 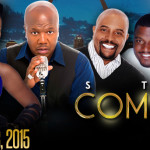 STL Comedy Festival: The undisputed Queen of Commedy, Sommore, is coming to St. Louis for one night. And she’s bringing Arnez J, Aries Spears, Nathaniel Stroman aka Earthquake, and Huggy Lowdown with her for the STL Comedy Festival at Chaifetz Arena. Sommore was the first woman to host BET’s ”Comic View.” In 1995, she received the Richard Pryor Award for Comic of the Year. She also has hosted Russell Simmons’ “Def Comedy Jam,” and “Showtime at the Apollo.” She was part of the “Queens of Comedy” tour in 2000, and participated in Chicago’s “Just for Laughs Comedy Festival” as a featured act on the “Cedric the Entertainer’s Urban Circus” which aired on TBS. Sommore was also featured on the very successful “Royal Comedy Tour.” In addition to stand-up, she has had parts in movies and TV shows including Friday After Next and The Hughleys. Ticket Prices start at $47.50. 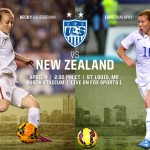 Women’s Soccer: USA vs New Zealand & Pep Rally: The US Women’s National Team returns to the US after playing six consecutive matches in Europe and winning the Algarve Cup in Portugal. They stop in STL to play New Zealand then move on to their 3 Send-Off Series matches in May before heading off to Canada to participate in the 2015 FIFA Women’s World Cup in Canada. Ballpark Village will be hosting a USA Soccer pep-rally before the match with players, games, mascots and giveaways! Emcee Todd Thomas will keep the party going on the FOX Sports Midwest Live! stage along with local St. Louis Soccer organizations St. Louis Football Club, Soccer Master and St. Louis Ambush. Don’t miss free face painters for this kids and outdoor inflatable soccer kick game provided by STLFC. Then watch the match on their 40ft TV or head over to the game at Busch Stadium…if there are any tickets left. 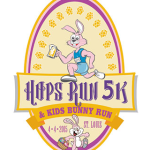 Hops Run 5K: Begin your 5K down the “Hops” trail, stop at 4 stations to complete silly themed challenges. 1st, 2nd and 3rd place awards will be given for best overall male and female times. 2 Tickets to the STL Micro Run and Microfest and a medal will be given for the best overall male and female costumes. After the race, enjoy breakfast paired with local craft beers (or non-alcohol beverage for ages under 21), lively music, and guest appearances. There’s a kids race option available also. Registration is $50 before April 3rd, or $55 after. 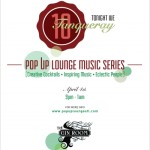 Pop-Up Lounge Music Series: Enjoy the first of the Pop Up Lounge Music Series, an evening of cool music and crafty cocktails sponsored by Tanqueray10. Open up to an experience of Musical talents and Gin. Jazz, Flamenco, Neo Soul, and Progressive House will fill the space and touch your soul. Tastings will be provided by Tanqueray from 10 pm to 12 pm. Libations will be crafted and created by the mixologist from The Gin Room. Music starts at 10pm. Musical collaborations by DJ John Cobb/ The Amigos spinning underground house beats and live Flamenco by guitarist Lliam Christy. Guest performance by Valencia Sunamii and Will Robinson. Reserved seating available. Must RSVP to get on the list. 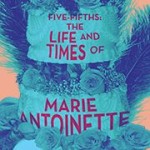 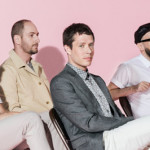 OK Go at The Pageant: OK Go – Damian Kulash, Tim Nordwind, Dan Konopka, Andy Ross – have spent their career in a steady state of transformation. The four songs of the all-new Upside Out EP represent the first preview of Hungry Ghosts, due out in the fall on the band’s own Paracadute. This is the band’s fourth full-length and the newest addition to a curriculum vitae filled with experimentation in a variety of mediums. Hits include: “Get Over It,” “I Won’t Let You Down,” Grammy Award winning Best Music Video “Here It Goes Again,” and of course the Muppet Show theme song. They will be performing at 9am with White Arrows opening at 8pm. GA tickets are $20 in advance or $22.50 at the door. 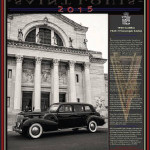 Easter Concours d’Elegance: This is the 54th annual show and the biggest car show in St. Louis, with 500+ collector cars to check out. The first Easter event and a direct predecesser to the Easter Concours was held on April 18, 1954. It was an Easter Parade conducted by the Horseless Carriage Club (HCCM) with the Auto Club (AAA) building as the anchor location. The parade, actually a motorcade traveled west on Lindell to Skinker, south on Skinker to Clayton Road, and west on Clayton to Big Bend where it broke up. The first Easter Concours d’Elegance Show was held on April 22, 1962 with only six classes. The oldest winning car was a 1897 Holdermann and the newest winner was a 1939 Cadillac Convertible Sedan. The show has been hosted/sponsored by AAA since 1964. This is a free event. 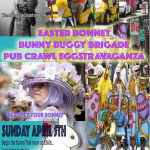 Easter Bonnet Bunny Buggy Brigade Pub Crawl: Join the 1st annual Easter pub crawl through Soulard. Begin the bunny trail at 12pm sharp at 1860’s, then jump to Molly’s at 1pm, hop to Henry’s at 2pm, bounce to Bastille at 3pm, spring to Sonny’s at 4pm, and Bunny Hop to Nadines at 5pm. Dress in your best Easter attire as there will be a Best Bonnets and Bunny Buggy contest at Nadines at approximately 5:30. 1st place in the contest will receive a $75 Nadine’s bar tab with second and third getting $50 and $25 tabs. And keep an eye out for Peter Cottontail all along the Bunny Trail…who knows what he has in store for you. 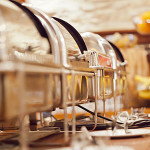 Related articles:
Sunny Side Up: Sunday Brunch In St. Louis
Sunday Brunch At The Biergarten at Anheuser-Busch