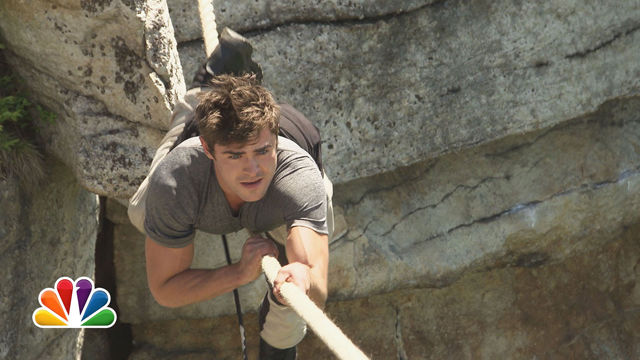 Zac Efron will be among six celebrities appearing this season on Running Wild With Bear Grylls. The series premieres tonight at 7 pm on NBC with Zac Efron. Other “A-List” celebrities featured on the first season of the show will be Channing  Tatum and Ben Stiller. Other episodes will feature lower-tier celebrities Deion Sanders, Tom Arnold and Tamron Hall. The adventurer/crazy SOB Bear Grylls will take the celebrities on new adventures each week such as “skydiving into the Catskill Mountains” and “repelling down the cliffs of Utah”.

Grylls recently talked to Askmen about his experiences doing this show and the bonding he got to do with the celebrities. He also mentioned how he showed a little too much of himself to Channing Tatum.

Check out this interview Zac Efron did about the show.

Here’s a sneak peek at tonight’s episode with Zac Efron.

This Weekend in St. Louis Ryan 805 days ago.

This Weekend in St. Louis Ryan 806 days ago.