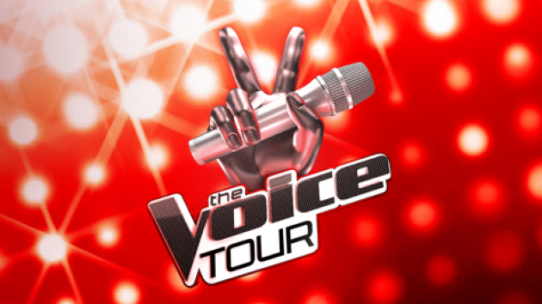 The Voice began in April 2011 in competition with American Idol. I think by 2011, AI started losing some steam and it was the perfect time for a new show, where talent was based entirely on The Voice and not on pop-star factor or Simon Cowell’s insulting opinion, to jump in and make a fresh start. Not to suggest that American Idol hasn’t come out with amazing talent since then; Phillip Phillips with his Dave Matthews meets John Mayer – voice of an angel with a shy personality – is the best thing to come from American Idol, next to Carrie Underwood. It was just time for something new, and I don’t just mean a new set of judges to cause drama and take the focus off of the contestants. Ahem…Mariah and Nicki.

So The Voice comes out with judges Adam Levine, Blake Shelton, Christina Aguilera and CeeLo Green, and is an immediate success. After 6 Seasons, it has continuously increased in both viewers and ratings. And just as American Idol started a tour with their Top 10 contestants from the previous season, The Voice has followed. The Voice Tour 2014 hit the road on June 21st. Only it’s not the Top 10 contestants from Season 6; it’s the Top 3 plus the season’s fan favorite, hand picked by The Voice watchers, mixed with some previous season’s winners and favorites. And it just so happens they are coming to St. Louis this month!

Breakdown of The Voice 2014 Tour

Who we’re all looking forward to the most of course, is Josh Kaufmann. Josh was Season 6’s winner. There was never a doubt in anyone’s mind that he would win and honestly, no one else deserved it more. Here’s Josh’s audition song “One More Try” where he earned the chair turn-around from all 4 judges. Ultimately he chose Adam, who then discarded him in a later round, only to be snatched back up by Usher to win the whole show!

Jake Worthington is next on the list. Jake, a country singer at heart, was chosen by Blake Shelton in Season 6 and made it through to runner-up. To be honest, I don’t love Jake’s voice, but 2013 was the year that everyone finally realized country is cool, and there have been a lot of amazing country singers that have come from The Voice: The Swon Brothers and Cassadee Pope to name a few. Jake is true country roots though, so I’m happy to see him on the tour.

Season 6’s 3rd place contestant, Christina Grimmie of Team Adam, will also be on the tour. Christina had previously opened for Selena Gomez on tour, and sang a kick-ass version of “Wrecking Ball” as her audition song. I imagine she’ll be a tour favorite this year.

The Voice added a fan favorite pick for this year’s tour, and The Voice fans chose Kristen Merlin. Kristen was on Team Shakira and was a fan favorite all season long. She is also a country singer, but with a pop vibe and a vibrato similar to Shakira’s. She sang hits like Jewel’s “Foolish Games” and “Blown Away” by Carrie Underwood.

Then there’s Jake Barker from Season 6. I’m not sure why he’s on the tour, other than as seems to be the general opinion, for the eye candy. He first lost in the Battle Round to Stevie Jo, who I would much rather see on the tour. He was stolen by Adam only to be knocked out again before the live shows. Either way, he’s on the tour and here is his audition to “When I Was Your Man.”

Tessane Chin, Jamaican solo artist and Season 5 winner. Her first album, Count On My Love, was just released on July 1, 2014 so this will be a great tour to help her promote her album.

Jacquie Lee, Season 5 runner-up – oh and by the way only 16 years old, will join the tour. I see a great career for her…after she finishes high school.

Will Champlin was Season 5’s 3rd place contestant. Will was amazing! He sang Gavin DeGraw’s “Not Over You” and it reached the Top 10 on iTunes. He has since released an album called Borrowing Trouble which came out in June 2014. I have a feeling he’s going to rock the tour and become a big name in the music industry.

Dia Frampton, Season 1 runner-up from Team Blake, will be back on the tour as well. Dia toured with Blake after winning in 2011 and has also opened for The Fray. She released her first album in 2011 and is working on her 2nd. Here’s an original song by Dia called “The Broken Ones.”

Want to know what’s going on with the other 4 season’s winners?

Javier Colon, winner of Season 1, broke it off with Universal Records, who supplies the winners of The Voice with contracts, in 2012. He is now touring in the UK and promoting a TV series on the Back9Network called “Inside Voice With Javier Colon.”

Jermaine Paul, winner of Season 2, is still singing and touring. He has released originals “I Believe In This Life” and most recently “Next To You” and has plans to release his album titled Finally.

Cassadee Pope, winner of Season 3, is currently on tour opening for Tim McGraw’s Sundown Heaven Town Tour and promoting her album Frame by Frame. I just saw the concert in STL – amazeballs!

Danielle Bradbery, Season 4 winner, who’s first single, “The Heart of Dixie” off her first studio album released in 2013, was a huge hit. She is singing, touring, and making a name for herself in the country music industry. She performed at the CMT Awards in May and has already toured with Brad Paisley and Hunter Hayes.

The Voice 2014 tour will be in St. Louis on Sunday, July 20th at the Peabody Opera House. Tickets start at $42.60 with Meet & Greet VIP Packages available at an additional cost.

Get ready for Season 7 on September 22nd as Usher, Cee Lo, Christina, and Shakira are all taking a break this season, and their seats are being filled by Gwen Stafani and Pharrell!

Who’s going to the show and which performer are you most looking forward to checking out?

Here are some interesting facts about other contestants from Seasons 1-4 and some newer music from them. The Voice: Where Are They Now

This Weekend in St. Louis Ryan 783 days ago.

This Weekend in St. Louis Ryan 783 days ago.