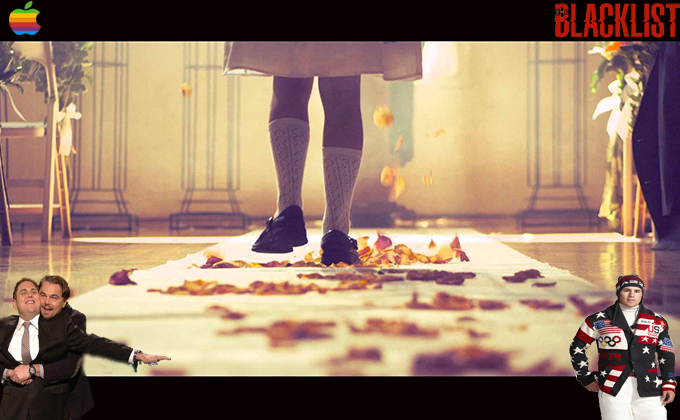 Well that was interesting. Beyonce and Jay Z opened with “Drunk in Love”. Lorde won some awards and was all goth’d out for her performance.  Taylor Swift got rave reviews for looking awesome on the red carpet and at the piano. Pink gave probably the most athletic Grammy’s performance ever.  Kacey Musgraves won Best Country Song and Best Country Album for “Merry Go Round” while also having another song she wrote nominated in the category as well. She looked amazing performing too.  Oh, and Queen Latifah tied some knots with the help of Macklemore.

Here’s the full list of winners if you really care about that.

No, but really the “Same Love” performance with Madonna was awesome.

While not near the intensity of a real game or maybe even a late season practice, the Pro Bowl was actually a pretty good game. The game was better than that two-day draft spectacular. Team Rice converted a two-point conversion with 41 seconds left to get the 22-21 win. Justin Tucker was just short on a 67-yard field goal try with no time remaining. Johhny Hekker and Robert Quinn represented the St. Louis Rams in Hawaii. They talked before the game about what it would take for either of them to bring back MVP honors.

The Blacklist Sets A Record

You should be watching The Blacklist on NBC with James Spader, just about everyone else is. The show is still in its first season, but just came back from a little break. 8.84 million people saw the second episode back either live or watched it later on that day. An additional 5.43 million people watched it within the next three days, according to Nielsen. That number set a record for largest “Live+3” increase. The Black List holds the top seven all-time “Live+3” increases.

A Conference Call In Real Life

January 24th marked 30 years to the day that Apple introduced the Macintosh computer. Video recently surfaced of Steve Jobs introducing the revolutionary product to the masses.

Back in 1984, Apple teased the announcement with this commercial that stands as one of the best Super Bowl commercials of all time. Thank goodness it actually ran.

It was back in 2012 that Ralph Lauren caused a shitstorm when it came out that the uniforms they designed for Team USA to wear at the Summer Olympics were made in China. That actually overshadowed the fact that they featured their logo more prominently on the outfits than the American flag. Actually I already wrote this rant about the 2012 outfits. Ralph Lauren unveiled the 2014 outfits for Sochi late last week on the Today Show. The retail price for the whole outfit, including reindeer hat, can be yours for more than $1,573. This post from the Today site speaks glowingly of Ralph Lauren for its choice have the outfit made in the USA. Pretty sure Ralph Lauren would have continued making the outfits in China had there not been the backlash in 2012. That fact is glossed over of course. I’m really upset David Lauren didn’t get punched in the face when unveiling these.

Ride Along Takes The Weekend Again

I, Frankenstein opened to a dismal but not surprising $8.3 million. Considering one review called in “monstrously horrible”, it’s a safe bet that that $65 million budget is going to look like a really bad decision. Ride Along took the spot spot with $21 million while Lone Survivor and The Nut Job finished 2-3 with both landing in the $12 million range. We’ll have a more in-depth look at the numbers on Thursday in our Weekend Movie Guide.

Use Chrome? Check Out Streamus

Streamus is a Google Chrome extension that will come in handy if you ever really want to hear a song right away. Just click on the Streamus icon and type in your song title. A Youtube playlist comes up and you click the song title to play it immediately. No Need to open a new tab, it just plays in the background. You can also type “streamus” into Chrome’s omnibar, click tab and then type in your song title. (h/t Techcrunch)

The Sochi Olympics Are A Mess

It seems like every other day a new story is coming out about how much of a mess the Sochi Olympics are. We know Russia is not a safe place, but now suicide bombers may have gotten through the security ring. It’s ridiculously expensive ($12,000 per person?) for parents and supporters of athletes to make the trip on top having to basically get permission from Russia before being allowed to get into the country. Everyone is still protesting Russia’s anti-gay stance, even Ellie Goulding.

(h/t Huffington Post)
Brought to you by Mills Properties