I was born and raised in the St. Louis area and after leaving for four years to go to college, I realized a few things about St. Louis that aren’t very appealing. 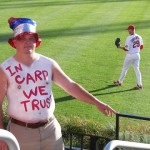 I hate the way the Cardinals are the only sports team we are known for, or even the only team we actually care about. Why can’t the Blues and Rams get more lovin’? And why don’t we have a basketball team?

I hate the way our Metrolink is supposed to be our prized public transportation system, and it only covers half of the St. Louis area. What happened to everything West of I-170?

I hate the way we don’t have a decent parks and recreation program. Is Forest Park literally the only park I can go to that is properly taken care of?

I hate the way one street divides the good part of town from the bad part of town. For example: the Delmar Loop.

I hate the way we aren’t even close to being considered a tourist attraction. When I step off the plane at Lambert Airport, I see nothing worthwhile to make me want to stay here and explore the town.

I hate the way the only body of water that we are surrounded by is disgustingly muddy and full of pollution. What if I wanted to fish or get a boat?

I hate the way our actual city is no longer considered “the place to be” like most cities are considered in the US. Everyone eventually moves out to the suburbs.

I hate the way everyone seems to be such leisurely drivers. We live in a freakin’ city! Pick up the pace! 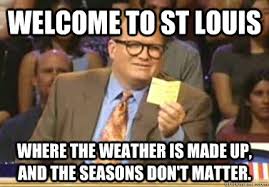 I hate the way we have such extreme weather conditions. One day I could be riding my bike in a t-shirt and shorts, and the next day I can’t leave my apartment because there is a foot of snow on the ground with a chill of -10°F in the air.

Finally, to quote one of my favorite movies: “But mostly I hate the way I don’t hate you — Not even close, not even a little bit, not even at all.”

Despite all the things St. Louis doesn’t have going for it, there are many things it does have going for it. The way the people here are very loyal, such as the Cardinals fans. The way we may not always be pleasing to the eye, but we have been continually trying to improve our roads and living conditions. The way we have an astounding number of great places to eat; it’s rather difficult to choose a favorite. And while we may be a small city, we are powerful in nature (pun intended). 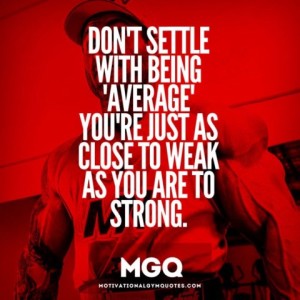 If there is any advice I would give to my fellow St. Louisans, it would be this: Never Settle for Average.

Amy has become a new lover of rollerblading. She hopes it will soon be the fad in St. Louis and that she will be credited for starting it. She can’t wait for the Rams to make a comeback and she always looks forward to donut Fridays. Amy has seen every episode of Friends and owns the entire 10 season series. She also wants to one day become a cheese connoisseur.