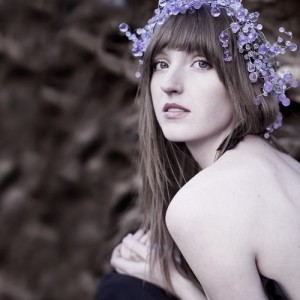 We first wrote about local singer-songwriter Lizzie Weber back in July as she was gearing up to release her debut album. After playing a pre-release show in July, Lizzie decided that she would hold the album back for a few months in order to tweak it a tad more and make sure she was completely satisfied with the sound and feel of the album. As of January 10, the self-titled album is available through iTunes and Bandcamp.

Weber will be playing a “post-release” show tonight at The Gramophone. The opening acts will be John Hussung and Neil Salsich of Acoustics Anonymous and Ellen The Felon. Tickets are $10 at the door and include a physical copy of the album.

Weber’s debut album is garnering great reviews from a variety of outlets.

“Lizzie’s clear yet smoky voice lends a delightful warmth that pulls all of the elements of the song together.” — The Green Hearts Blog

Weber stopped by KDHX last month to talk about the album, which was recorded at Sherpa Studios in Brentwood.

Weber most recently did a podcast with 3 Minute Record. Check out the whole episode here.  Here she is covering “For Free” by Joni Mitchell.

And here she is singing an original song, “California” from the album.

Lizzie was gratious enough to offer RealLifeSTL readers a free download of “California”.

Weber was most recently in California filming a video for “Falling Like Fools”. Plans call for a late February release. Filming the video wasn’t Weber’s first time in front of a camera. She was credited as “Coffee Shop Worker”  in episode four of the interactive web series The Wrong Guys for the Job.

Doors at The Gramophone open at 7pm tonight with the music beginning at 8. Tickets are $10 at the door and include a copy of Lizzie Weber.

Check out pictures from the event