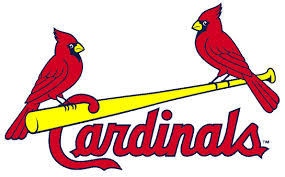 Baseball season has officially begun. We joined the other die-hard Cards fans at Opening Day on Monday. Check out St. Louisans sharing what they love about baseball season!

And while they may not have won on opening day, they did just pull out a 10-0 win and there are still 6 more months of games ahead of us. Starting with the first game against the Brewers this Friday. And what’s even better than the game? Getting a Stan Musial harmonica…that’s what!

If for some insane reason, you don’t have tickets to the game, there are plenty of other options for you in St. Louis this weekend:

Check out Alpha Brewing Co, a brewery that just opened yesterday, on Washington Ave. On tap they offer: a storter-somewhere between a stout and a porter, a maple storter, a Belgian pale ale, a rye IPA, a blonde ale, an American pale ale, a roasted red ale, and an American IPA.

Visit the Science Center’s Planetarium for their 50th Anniversary Celebration. Beginning Saturday, April 13th, the planetarium will be offering free admission, shows for 50 cents and commemorative magnets. There will be behind the scenes tours and a new exhibition: Gateway to The Universe.

Baby and Kid Expo in St. Charles is the perfect place for families this weekend. Kids can play, watch shows, and participate in hands-on activities while adults will find the newest information regarding children’s retail, healthcare, recreational and educational providers.  It is also FREE! It will be held at the St. Charles Convention Center on Saturday, April 13 from 9am – 4pm.