The weekend starts on Thursday. Kicking it off is a celebration for a little project you may have heard of called RallySTL. It’s actually not little at all. It’s one of the biggest things that happened to St. Louis in 2012 and it’s growing everyday. They held their first rally on November 19, 2012 with speakers Aaron Perlut, Mayor Slay and other public St. Louis figures. Since then they’ve done a lot of work, partnered with a lot of people and are truly making a difference in St. Louis. And lucky for you, you’re invited to a little event they’re hosting Thursday, April 18th.

Rally STL Milestone Celebration: The Rally Saint Louis crew and civic leaders from across the St. Louis region will be announcing a historic milestone and new partnership for the RallySTL project. Check it out, visit the website and vote on your favorite project and visit Givver to learn more about funding projects. 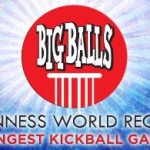 Longest Kickball Game for Guinness World Record: the St. Louis Big Balls Kick Ball Organization is hosting a kickball game to beat the current Guinness World record of 54 hours. they will be playing rain or shine starting on Thursday for 69 straight hours. Team members will have to sleep, eat, drink and live life on the field for 69 hours straight. Proceeds from the event will benefit the Wounded Warrior Project. If you don’t want to head out to the park to watch it, you can watch the Live Feed through their website.

Time: Begins at 8pm on Thursday 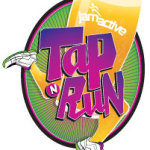 Tap ‘N’ Run: Another St. Louis “race”- Here’s the gist: arrive in a crazy costume, run, chug some beer, run, chug, run, chug, run, race across the Finish Line, chug a final beer. I left out vomiting,  which I’m sure will occur for most people somewhere along the way, but it’s not required. In addition, you don’t have to chug beer, water (lame) will be offered at chug stations as well. All participants will receive a medal that is also a bottle opener and a t-shirt. There will be fun awards handed out as well, such as Best ‘Stache and an after-party hosted by JAM Active. 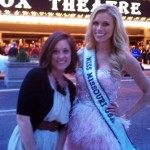 25th Annual Bob Costas Benefit: An annual benefit to support the Bob Costas Cancer Center at Cardinal Glennon. This year, John Mellencamp will perform at 8pm. In addition to Mellencamp, comedians Brian Regan and Joe Bolster will offer up a little bit of witty humor. In addition to celebrity performers, there are also some VIPs who you may run into sitting in the audience, like Miss Missouri (who I ran into and got a photo with at last year’s benefit!). 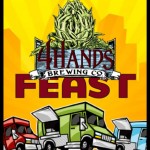 Food Truck Feast: A scrumptious event hosted by 4 Hands and Feast Magazine. The event will feature live music from local bands, games like beer bottle ring toss and bags, barbecue from The Fifth Wheel, beer and of course, food trucks! So far they’ve got: Shell’s Coastal, My Big Fat Greek Truck, Sarah’s Meltdown, Sweet Divine, Seoul Taco, Zia’s, Chop Shop STL…and a possible new pizza truck since Pi and Wanderlust are no longer around. In addition to FOOD trucks will be a grand opening of St. Louis’ first fashion truck: Rack and Clutch.

*If you can’t make this event, Food Truck Fridays start May 10. Check the schedule to find out all the dates and which trucks will be there. 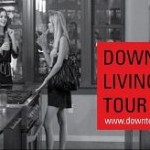 Downtown Living Tour 2013: The Living Tour showcases 10 unique downtown residentail areas, ranging from apartments to condos to penthouses. It is a self-guided tour, in which you will receive a tour booklet and access to free shuttles, or you can drive yourself and visit at your own pace. register online before the event to receive a discount. Online registration ends at 5pm on April 19th. There will be an after-party at Alumni St. Louis at 200 N 13th St. from 6-7pm.

Details: Free parking is available at Art St. Louis. Cost is $14 for early online registration or $20 day of. 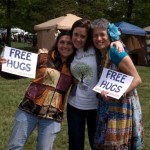 Earth Day Festival: This free annual event hosts a variety of local businesses and organizations joining together to teach St. Louisans about sustainability and a healthy environment and promote it in a fun and unique way. This year in addition to the festival and recycling extravaganza, there is also an Earth Day Eve Festival on Saturday, April 20th in Forest Park from 4-7pm. The event will offer live music, food and beer. A donation of $5 is suggested.

Place: Forest Park (by The Muny)

If you’re feeling really active, join The History Museum’s History on Tap Tour as they head to Soulard on Wednesday, April 17th from 5:30-9pm. Meet at the History Museum’s Library and Research Center at 225 S Skinker Blvd at 5:30pm. There will be a brief history rundown before every one jumps on the bus to head out to Soulard to learn about the history of Soulard and the St. Louis beer industry. Tickets are $45 and include 2 drinks and Joanie’s Pizza as well as drink specials at each stop.

Spring weekends in St. Louis have begun. What events will you be attending this weekend?

This Weekend in St. Louis Ryan 967 days ago.