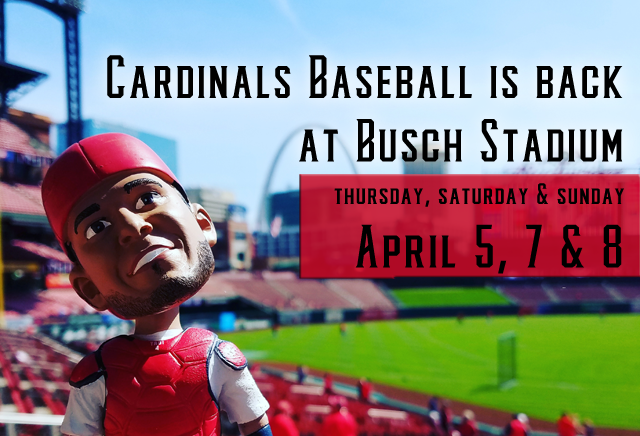 Each Friday, The RealLifeSTL Weekly Roundup will take you back over the week that was, mostly here on our site, but we’ll also throw in some other fun stuff as well. This part week we talked about Saint Louis FC, Taylor Swift, a new movie starring John  Krasinski and Emily Blunt, the St. Louis Cardinals at Busch Stadium and much more.

The week started with a recap of the Saint Louis FC home opener last weekend. The Chupacabras took the full three points in a 1-0 win over Colorado Springs Switchbacks FC.

Kyle Greig scored the lone goal of the match and we made this animated GIF of it.

Taylor Swift Surprises Crowd At Bluebird Cafe, May Not Be Friends With Karlie Kloss Anymore

On Monday we also brought you the story of Taylor Swift surprising the crowd at the Bluebird Cafe in Nashville over the weekend. Taylor joined Craig Wiseman on the Bluebird stage to sing some songs and take some Fireball shots.

Speaking of Taylor Swift, her “squad” may be over. Apparently St. Louis native Karlie Kloss and Swift may not be best friends any longer. There’s a fan theory out there that the song “dress” from the Reputation album could be about Kloss.

Is this true? Who knows. People love to hate on T-Swizzle. Me? I’m still thinking about throwing down big bucks to see her when she comes to St. Louis in September.

The first trailer for The First Purge premiered this week. The film is set to hit theaters on July 4

Check out our preview of Saturday’s match and get your tickets at SaintLouisFC.com

The Weekend Movie Guide this week was highlighted by the release of A Quiet Place in movie theaters across the country. John Krasinski is on both sides of the camera, directing and starring in this horror flick. Starring alongside Krasinki is real-life spouse Emily Blunt.

The well-reviewed Quiet Place had its first showings last night and pulled in $4.3 million.

Blockers and The Miracle Season are also opening in wide release across the country this weekend. Chappaquiddick is opening in limited release this weekend and playing in just one theater on this side of the river, the Landmark Tivoli in University City. It’s also playing in O’Fallon, Illinois at the Marcus Wherenberg O’Fallon 15.

The newest music video from Halsey dropped earlier today. Check out the video for “Alone” from Halsey featuring Big Sean and Stefflon Don

St. Louis Cardinals Baseball Is Back At Busch Stadium This Weekend

The St. Louis Cardinals returned to Busch Stadium yesterday for the first time in 2018. Home Opener festivities highlighted the St. Louis Weekend Events Guide this week.  The Cardinals take today off, but will take on the Arizona Diamondbacks in afternoon contests on Saturday and Sunday this weekend.

The Go! St. Louis Marathon and its associated festivities as well as a tree giveaway, performances of Hamilton at The Fabulous Fox and reptile show are also taking place around town this weekend.

Kevin Hart Goes Back To School In Night School

The first trailer for Kevin Hart’s Night School dropped earlier this week. The film is set to hit theaters this September.