Disney On Ice: Reach for the Stars: Mickey Mouse, Minnie Mouse, Donald Duck and Goofy set the stage for a star-studded talent extravaganza. Unleash the magic with royal sisters Anna and Elsa and the hilarious snowman, Olaf, as they sing captivating songs like “Let it Go” and “In Summer.” Life is the bubbles when Sebastian strikes up his hot crustacean band and the Daughters of Triton make a splash as they introduce Ariel in an ‘80s pop montage. Get tangled up with a chorus of harmless hooligans when they get a visit from the spirited Rapunzel and her charming ally, Flynn Rider, on their journey to see the floating lights. Relive a tale as old as time when Belle opens her heart to new adventures as the Beast’s enchanted objects take center stage for a dazzling skating spectacle. You never know what unforgettable feats your whole family will discover when Reach For The Stars debuts in your hometown!

Taste of Soulard: A self-guided tasting and pub crawl to taste the Cajun flavors that you will find throughout Soulard. Tickets are $25 and includes one drink voucher and six food vouchers that can be redeemed at any of the participating establishments. On Saturday, the world-famous Soulard Trolley Tramps will be shuttling merrymakers to restaurants throughout the neighborhood. Enjoy delicious eats including: crabcakes from 1860s, cajun crawfish slider from Big Daddy’s, shrimp voodoo from Broadway Oyster bar, gumbo from Harpo’s, alligator rangoon at Molly’s, and much more!

5K Run for Your Beads: A fun-filled, colorful and slightly wacky Missouri Lottery 5K Run for Your Beads. That means you’ll enjoy all the fun and historic scenery of Soulard with mid-race pitstops stocked with beer and hurricanes for legally aged runners. Make sure to dress in your best Mardi Gras garb, because in addition to prizes for the winners of each division, we’ll be honoring the runner with the best costume. Registration is $30.

Beggin’ Pet Parade & Wiener Dog Derby: The world’s largest costumed pet parade, we combine all the fun of Mardi Gras with all the AWWWWs that the most adorable parade participants deserve. It is free to watch or you can register your furry friend beforehand online or on the day of the event at 12th and Allen so you both can strut your stuff in style. The best dressed pets will be selected as members of the Court of the Mystical Krewe of Barkus and will be invited to the Coronation Pageant at Soulard Market Park where the King and Queen of Barkus will be crowned. All proceeds from the Beggin’ Pet Parade will go to benefit Open Door Animal Sanctuary. After the parade, head over to Soulard Market Park for for the wiener dog derby: a series of 6-dog elimination heats where competitors race down a 30 foot track to crown a champion.

The Sound of Music: The hills are alive! A brand new production of THE SOUND OF MUSIC is coming to the Fox. The spirited, romantic and beloved musical story of Maria and the Von Trapp Family will once again thrill audiences with its Tony®, Grammy® and Academy Award® winning Best Score, including “My Favorite Things,” “Do-Re-Mi,” “Climb Ev’ry Mountain,” “Edelweiss” and the title song. THE SOUND OF MUSIC features music by Richard Rodgers, lyrics by Oscar Hammerstein II, book by Howard Lindsay and Russel Crouse, suggested by The Trapp Family Singers by Maria Augusta Trapp.

First Friday: Marvel’s Black Panther: The Marvel Universe returns, in celebration of the new release of Black Panther later this month. Artists from Lion Forge Comics will dive deep into the factors that make comic books such a great medium, as well as create a comic book character on the spot. An archon mini masquerade costume contest, a shield throwing challenge, local crafters and artists including Not my Circus Studios, Waggons West, and STL Brick Fanatics, a photo booth, robot scrimmages, test games created by local developers, get a superhero caricature, viewing of the 2011 Marvel Knights: Black Panther movie and viewing of Captain America: Civil War in the Omnimax. 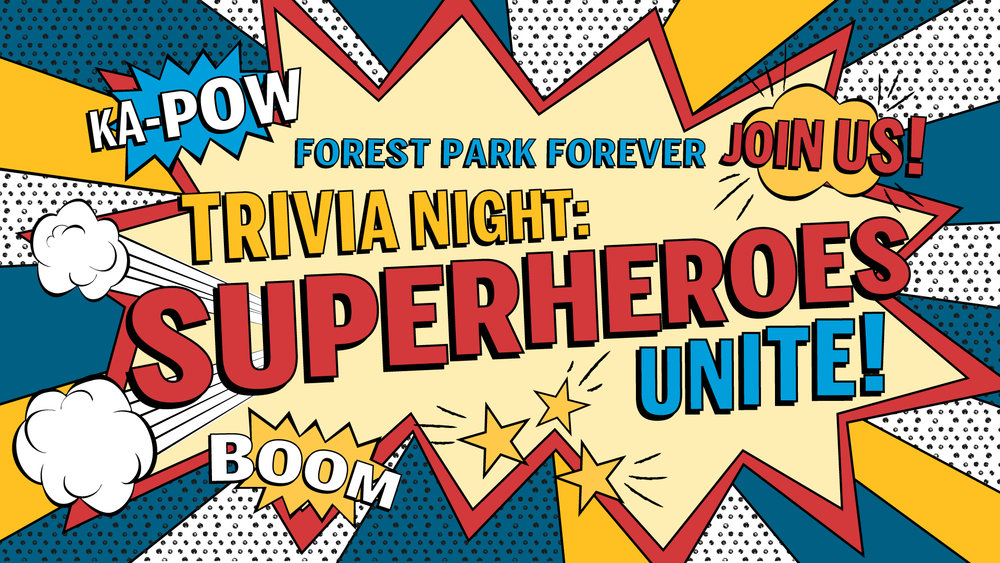 Forest Park Forever Trivia Night: The fifth annual Forest Park Forever Trivia Night, hosted by the dynamic Young Friends group will include beer, wine, and soft drinks, a Superheroes Unite theme with a prize for Best table decoration and Best costume, a 50/50 raffle, wine pull, and heads/tails in Superhero Style: DC vs Marvel. Cost is $350 per table (up to 10 players). Outside food and drink welcome.

4th Annual Trivia Night & Silent Auction: Young Friends of the Missouri Historical Society presents its fourth annual trivia night and silent auction hosted by Phil Donato of St. Louis Public Radio. Cash prizes will be awarded to the first, second, and third place tables. Doors will open at 6:30pm, and trivia starts at 7:00pm. The cost is $300 for a table of 10 and includes beer, water, and soda. Outside food is welcome.

Super Bowl 52 in this Sunday, February 4th. Check out where to watch the Super Bowl in St. Louis.