St. Louis-based International Tap House is expanding to Louisville, Kentucky. According to Insider Louisville, iTap plans to open a location on the ground floor of the Main & Clay apartment building at  637 E. Main Street in Louisville. 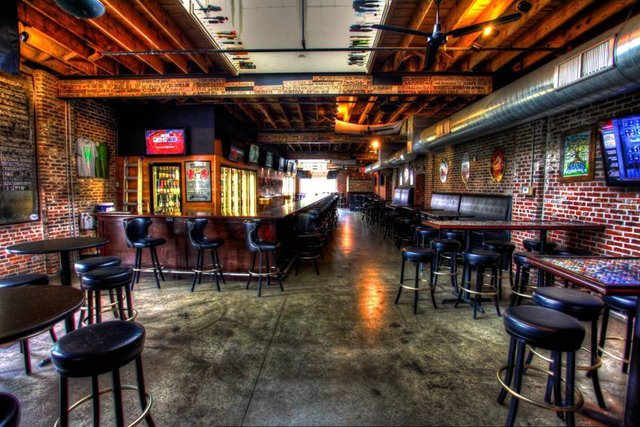 The chain opened its first location in Chesterfield, Missouri back in 2009 and its second in Soulard in 2010. The chain then expanded with locations in the Central West End and Columbia, Missouri in 2013.

International Tap House expanded into the Kansas City market in 2017 with a location in the city’s Crossroads neighborhood. That location sits next to a Mission Taco Joint outpost. iTap Soulard is located in the same building as a Mission Taco and Epic Pizza, creating a pleasant experience for locals and visitors alike.

iTap is primarily a “beer bar” with an expanded selection of craft beers on draft as well as a vast collection of bottled and canned beers. They have also expanded the in recent years to include higher-end bourbon and whiskey selections.

Bring Your Own Food & Watch The Game

International Tap House locations don’t have kitchens, but rather encourage patrons to bring in food from neighboring establishments.

In Soulard, you will often see customers enjoying beers at iTap while also partaking in food from neighboring restaurants Epic Pizza and Mission Taco. On Saturdays, a healthy number of beer drinkers will also be devouring barbecue from nearby Bogart’s.

Watch parties are hosted at iTap Soulard by the St. Louligans supporters group for every Saint Louis FC away match. The location was named one of the top five watch party venues in the United Soccer League last year.

iTap Louisville Will Be A Short Walk From Slugger Field

iTap’s new Louisville location will be a short walk from Slugger Field, home of STLFC’s USL rival Louisville FC. Slugger Field is also home to the Louisville Bats, the Triple-A affiliate of the Cincinnati Reds.

iTap Louisville will be located in the new Butchertown Development. It will occupy a 2,400 square feet space on the ground floor of the $56-million  seven-story Main & Clay apartment building.

This article will be updated as more information becomes available.