Patrick Swayze and Jennifer Grey set the dance floor on fire with 1987’s Dirty Dancing. ABC is airing a made-for-tv remake tonight that has all the makings of a dumpster fire.

Abigail Breslin and Colt Prattles step into the iconic shoes of Grey and the late Swayze as Baby Houseman and Johnny Castle,  respectively. Katey Sagal, Nicole Sherzinger, Debra Messing, Billy D. Williams and Sarah Hyland are also among the cast.

ABC’s Dirty Dancing airs Wednesday May 24 at 7pm on ABC. 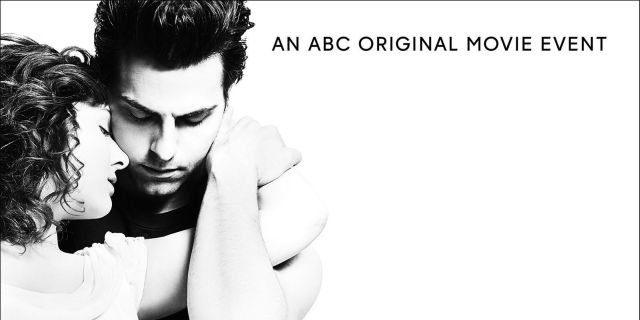 When I first saw the ABC ads for Dirty Dancing earlier today I thought the network was doing one of those “live!” productions like NBC has done with Grease and Hairspray and will do soon with Rent.

That is not the case. This is a three-hour made-for-television production from ABC and Lionsgate Television. It’s directed by Wayne Blair from a screenplay written by Jessica Sharzar. Andy Blankenbuehler, who recently won a Tony award for his choreography work on Hamilton, also does choreography for this.

Kenny Ortega, Dirty Dancing‘s original choreographer was attached to this project back in 2011, but is not involved in the finished project.

This remake’s production budget has not been made available. Filming was based in Henderson, North Carolina with many area residents given the opportunity to be extras in the film. The High Hampton Inn in Cashiers, North Carolina served as the set for many of the remake’s scenes.

Those interested in being involved were encouraged to email the film crew at DirtyDancingMovie2016@gmail.com at the time.

This “television event,” as it is being billed, hasn’t exactly received stellar reviews from critics that have seen it.

Some of the highlights:

“No matter how badly you sing, you can’t be as tone deaf as this movie”

“But like the scientists in Jurassic Park, the creators of this were so occupied with whether or not they could remake Dirty Dancing, they didn’t stop to think if they should.”

“You will not have the time of your life watching ABC‘s “Dirty Dancing” musical. It is neither good nor deliciously bad. It is a banal three-hour time-suck that manages to feel both rushed and drawn out.”

Like everything reviewed by critics, there will always be those on the other side of the spectrum. Brian Lowry of CNN had good things to say about this remake.

“But ABC’S “Dirty Dancing” remake fits snugly in a box, adding just enough appealing wrinkles to its predecessor’s familiar moves to provide, if not the time of your life, for what it is a pretty enjoyable few hours.”

E! Online points out that this remake also adds to the original story, showing what happened to the main characters after that fateful summer.

The PR machine for these projects will always tout “bringing the classic story to a new generation,” but isn’t that what Netflix and dvd players are for?

Watch the Dirty Dancing remake on ABC tonight at 7 pm Central and let me know what you think in the comments.