How & Where To Celebrate New Years Eve 2015 Around St. Louis

As the clock ticks down to midnight this Thursday night, the last moments of 2015 will give way to the first moments of 2016 this Friday. Here are our recommendations on where and how to spend New Year’s Eve 2015 around St. Louis. 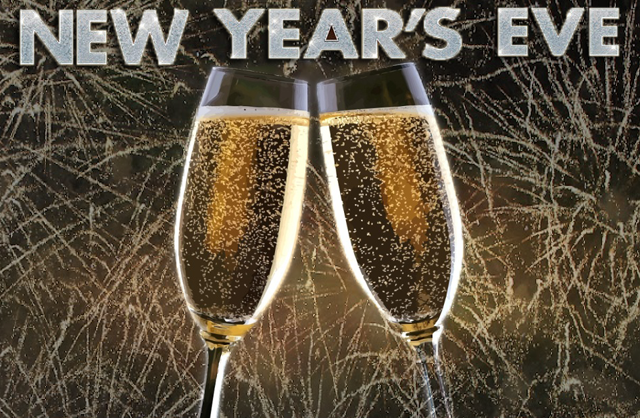 For the first time ever, the College Football Playoff Semifinal games will be played on New Year’s Eve. The Capital One Orange Bowl will feature #1 Clemson playing #4 Oklahoma in Miami Gardens, Florida with kickoff coming at 3 PM CST. The Goodyear Cotton Bowl Classic will feature #2 Alabama against #3 Michigan State at AT&T Stadium in Arlington, Texas.  That game will kickoff at 7 PM CST.

The winners of those games will play in the College Football Playoff National Championship Presented by AT&T on Monday, January 11 at the University of Phoenix Stadium in Glendale, Arizona.

The St. Louis Blues host the Minnesota Wild at the Scottrade Center in downtown St. Louis this New Year’s Eve. The puck will drop at 7 PM. The Blues are 22-12-4 on the season while the Wild hold a 18-10-6 record on the season. The Blues are second in the NHL Central while the Wild are currently fourth. Tickets to the game start at $35 for Mezzanine Level seats. Tickets for the game on Stubhub are currently starting at $25.

Movie theaters around town are offering great packages to entice you to come see a movie this New Year’s Eve. Wherenberg Theatres is offering a Suite Seats Package ticket to any movie that night at one of its theaters for $18.50. The ticket comes with a refillable soft drink, refillable popcorn and a goodie bag along with your movie ticket. At any of the chain’s Five Star Lounge theaters, the chain is offering a $45 package that includes the Suite Seats Package offerings as well as an appetizer, entree and dessert of your choice.

Jake’s Leg got its start here in St. Louis with just a guitarist and vocalist back in the mid-1970s. The band has seen different faces since then, but has continually woven the classic sounds of The Grateful Dead with their own music styles to entertain St. Louisans for close to 40 years. This 21+ show at the Old Rock House in downtown St. Louis will see doors open at 8 PM with the show beginning at 9:30 PM. Tickets are $15 in advance and $20 on the day of the show.

Pokey LaFarge At The Pageant

Pokey LaFarge headlines a show at The Pageant on the Delmar Loop this New Year’s Eve. The show features openers The Hooten Hallers and River Kitten. Advance tickets start at $30 for general admission tickets. Doors open at 7 PM with the River Kittens taking the stage first at 8 PM.

Jon Hardy & The Public will return to the stage for a show on New Year’s Eve at Off Broadway. The band released the well-received Restless City in late 2014 on the same stage. Tickets are $15. Doors open at 7 PM with music starting at 8 PM.

97.1 FM Talk radio host Dave Glover will hold his popular New year’s Eve party this year at the Doubletree Hotel in Chesterfield. Tickets are $119 and include an open bar, food stations music from The Dave Glover Band and more. Packages that include a hotel room for the evening start at $369 and include two tickets to the party.

Ballpark Village bills its New Year’s Eve party as the biggest in St. Louis. It’d definitely be hard for anywhere to top this ticket, which gets you into five different venues within Ballpark Village with all-inclusive bars at each. There will also be a complimentary midnight toast, confetti at midnight, live music from Charles Glenn and an official Ball Drop.

Tickets start at $75 for the Gold Package. A Diamond Package ticket is $125 and includes a VIP buffet from 7 PM -10 Pm in Budweiser Brew House or Cardinals Nation and entry into a giveaway for a 1-carat diamond.

NV Social Life markets itself as a restaurant and sports bar during the day and an ultra lounge at night. For New Year’s Eve, NV Social Life has an all-inclusive premium ticket package available for $45 in advance and $55 at the door. Those tickets include premium drinks all night long as well as a buffet from 9 PM to 10 PM. They will also have general admission tickets available, which don’t include drinks, for $10 in advance or $15 at the door. Music will be provided by DJ Lighter Thief, Dj Hypergirl and DJ Aaron Mean. They will play Top 40, EDM, hip-hop and party tracks.

Element in Lafayette Square in offering a five-course meal on New Year’s Eve. The menu will feature highlights like a potato and leek soup, Hangar steak with black truffle and an olive oil cake featuring berries and white chocolate. The menu is available for $50 or $45 with wine pairing.

Drunken Fish at Ballpark Village in downtown St. Louis is offering a 4-course dinner for $45. They will also throw in a complimentary cocktail. Choices for the dinner are highlighted by a lobster spring roll, stir-fry noodles and a fried banana dessert.

Chef Mike Randolph will be offering a special 10-course tasting menu on New Year’s Eve at Randolfi’s in The Delmar Loop. The restaurant will seatings at 6 PM and 9 PM. The 6 PM seating will be priced at $80 per head, while the 9 PM one will be $100. Some highlights of the tastings will surely be the Smoked Goat Yogurt, the Crab Agnolotti and the Tuna Crudo.

Brought to you buy Mills Apartments