I knew this existed, but as I’ve heard from others, I assumed it was a fire hydrant drain or a pipe that had broken…it isn’t.

It is pledge week on NPR, that necessary time that I totally despise. Come on people, if everyone who listened just donated a little tiny bit, we wouldn’t be subject to hearing them beg for a week straight twice a year. But I flipped it there for just a minute and heard the story of the 20th anniversary of the Gateway Geyser. I had to look it up to see what it was and when I did I immediately recognized it. Even though I’ve lived in the St. Louis area my entire life (most of it on the other side of the river) and had years where my commute meant a daily drive over the Poplar Street Bridge, where this thing is clearly visible, I still didn’t know it was there.

The geyser has been there for 20 years, since 1995, shooting 600 feet in the air on wind free days.  In fact, it is the 2nd highest fountain in the world according to Wikipedia. 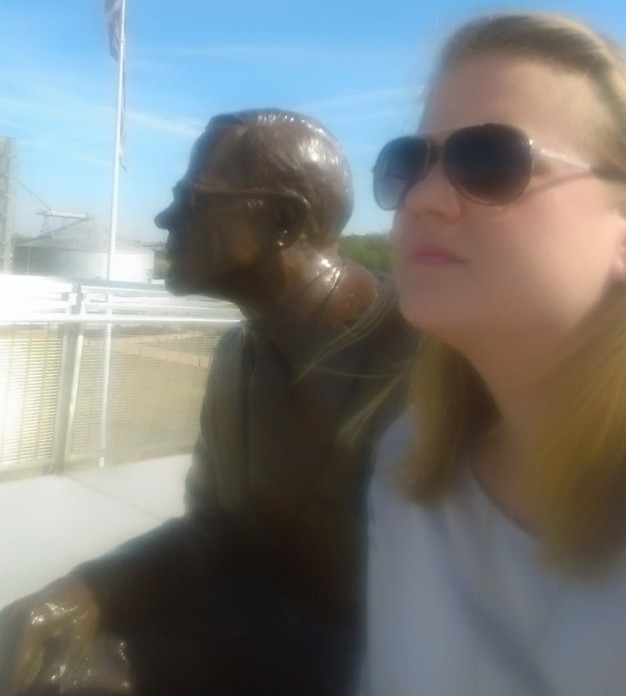 So, of course I went. It is only a 10 minute drive from my office so I grabbed lunch and headed across the Eads Bridge. Maybe it’s because it was a Tuesday at 11am, but the place was totally empty, as noted by the selfie I took with the only other person there – a statue of Malcolm W. Martin, the idea man behind the geyser. It is a super clean park with an observation deck with views of the riverfront and arch like nothing you can see from the Missouri side. I thought I had missed out on it, as the sign says it goes from April 15-Oct 15 and it wasn’t going when I got there, but it came on for about 15 minutes as I was leaving. 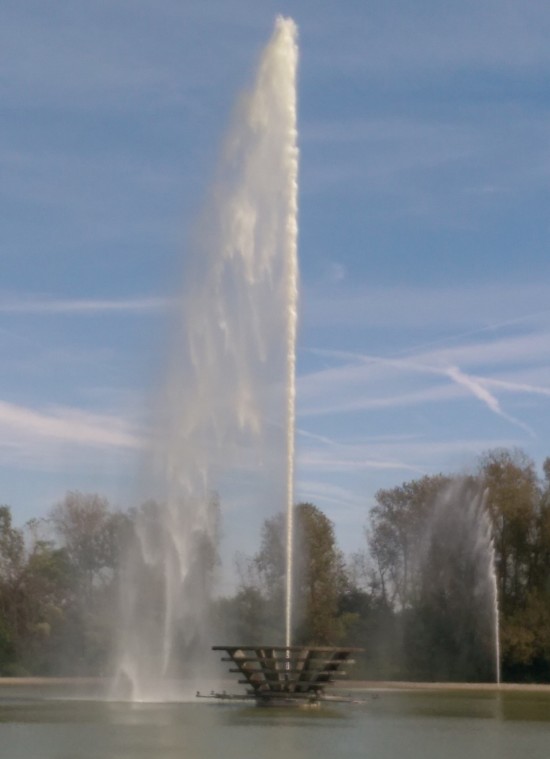 It’s not necessarily what I would consider a destination, but it is worth a stop if you are passing by or if you live downtown. From what I’ve read, it is mostly visited by non St. Louisians, which figures because if it’s on the other side of the river, it may as well be in Asia to most of St. Louis. It would be an absolutely breathtaking place to watch fireworks or a sunset, though I imagine the thought of being in E St. Louis at sundown scares many. I encourage you to be a tourist in your own town, brave crossing the mighty Mississippi, and add the Gateway Geyser to your list of places to visit next Spring.