DraftKings CEO Compared His Site To A Casino

The Daily Fantasy Sports industry is under quite a bit of scrutiny. It all started when a DraftKings employee won $350,000 on rival site FanDuel.  The led regulators to take a closer look at the industry. The question is whether DFS is an industry based on a “game of chance“, as poker and other gambling is seen, or “a game of skill”, like the industry claims. 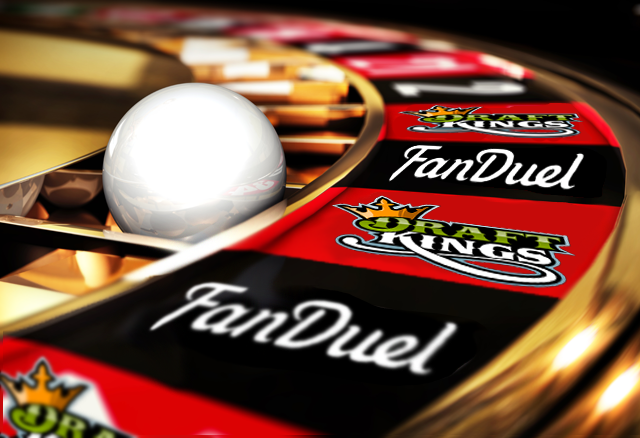 The Nevada Gaming Control Board is telling DraftKings and FanDuel that in order to do business in the state they need to apply for licenses. Doing so would be admitting they are a “game of chance” and thus should be regulated the same as say online poker. It would be disastrous for the industry.

Jason Robbins, the CEO of DraftKings, apparently participated in a Reddit AMA 3 years ago where he said his site is “a mashup between poke and fantasy sports“. He also went further in comparing his site to a casino. Despite those comments being three years old, they won’t be used for good by regulators against the Daily Fantasy Sports industry in the near future.

John Oliver And Mike Myers On The Canadian Elections

John Oliver took on today’s Canadian elections over the weekend on Last Week Tonight. He was joined by a beaver, a moose and Mike Myers. Oliver and Myers pleaded with Canadian voters during the segment to not vote for current Prime Minister of Canada Stephen Harper. John Oliver could be fined $5,000 Canadian and thrown in jail for six months for being a non-Canadian who attempts to sway a Canadian elections.

Speaking of John Oliver, he’s fed up with people misquoting famous people. He and the Last Week Tonight team have set up DefinitelyRealQuotes.com to at least make this made up quotes hilarious. Click the box on the site it will generate a random quote attributed to a random famous person. Some of the quotes sound like they could maybe possibly be real, while others are just hilarious.

The Kansas City Royals hold a 2-0 lead over the Toronto Blue Jays heading into tonight’s Game 3 of the American League Championship Series. The Royals outscored the Blue Jays 11-3 in the first two game of the series at Kauffman Stadium in Kansas City, winning both. The series now shifts to Canada and Rogers Centre in Toronto for the next three games tonight, tomorrow and Wednesday. The Royals would need to win 2 of 3 to clinch a trip to their second consecutive World Series appearance. Kansas City fell to the San Francisco Giants in seven games last year.

Sam Hunt Releases “Break Up In A Small Town” Video

Sam Hunt released the music video today for “Break Up In A Small Town”, his latest single. The song appears on his Montevallo album.

Sunday night’s telecast of The X Factor on British television featured a rather interesting commercial during a break.

The commercial features white lyrics on a black background and what sure seemed to be Adele’s voice in the background.

A new Adele album, her third, is reported to be coming on November 20 of this year. The album is set to be titled 25, following her first album, 19 and her second 21. It’s been reported that Ryan Tedder and Pharrell have both written songs with Adele for the album and there are reports that Beyoncé was seen heading into a recording studio with Adele, leading to speculation about a possible duet between the two.

Tickets for Star Wars: The Force Awakens go on sale today. The opening date hasn’t moved up, it’s still set for December 18. Anticipation for the first Star Wars movie in 10 years is just that high.

A 15-second teaser trailer for the J.J. Abrams-directed film was released yesterday. A full trailer will debut tonight during the Monday Night Football telecast on ESPN.

Amazon’s Jay Carney, the Senior Vice President of Corporate Affairs, posted a pretty scathing response to an article the New York Times published back in August. In the second sentence of the post on Medium, Carney jumps right in. He says Bo Olson, a former Amazon employee that the Times quoted, resigned from the company after he was found to be falsifying business records to cover up his attempts to defraud vendors. He then moves right into pointing out that the two reporters who worked on the story spent six months on it, but in his opinion failed to adhere to basic “journalistic standards”.

On the episode of Saturday Night Live that aired over the weekend, Larry David appeared to play presidential candidate Bernie Sanders. Rolling Stone called it “the show’s most brilliant casting coup since Tina Fey transformed herself into Sarah Palin“.