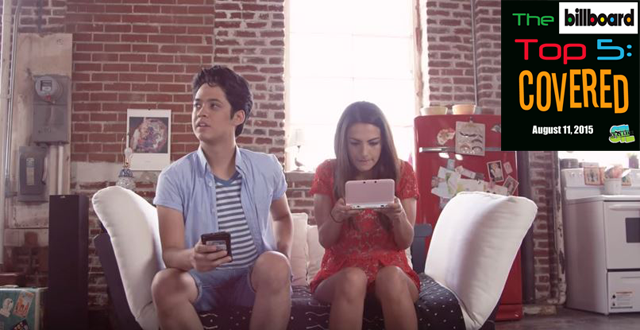 Each Tuesday we compile our favorite covers of the top 5 songs on the Billboard Hot 100. Here is this week’s edition of The Billboard Top 5 : Covered featuring The Filharmonic, Sam Tsui, Ghost Killer Entertainment, Boyce Avenue and Bea Miller. They cover the hottest songs in the country right now by the likes of Wiz Khalifa and Charlie Puth, The Weeknd, Taylor Swift, OMI and Silento. This week also features a cover of Queen’s “Bohemian Rhapsody” by Alex Goot, Sam Tsui, Kurt Hugo Schneider, Tyler Ward, Madilyn Bailey and Live Like Us.

An a cappella cover of OMI’s “Cheerleader” by The Filharmonic

Sam Tsui covers ‘Can’t Feel My Face” by The Weeknd

A minions cover of “Watch Me” by Silento