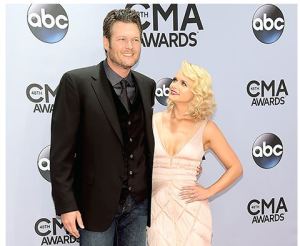 Best Trending Moment: #BradBlewIt – When Carrie Underwood “secretly” announced she is having a boy! and Brad “accidentally” told everyone. Congratulations Carrie! 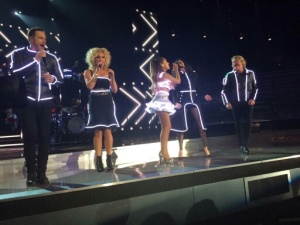 Best Performance of the Night: Little Big Town and Ariana Grande performed “Bang Bang.” The sweet light up costumes, the drum line, the energy; it was all very cool and fun!

Best Presenter: Garth Brooks of course! He presented Entertainer Of The Year, received a standing ovation, and hugged Luke Bryan twice because Luke was so excited to meet him. We’re so glad he’s back! 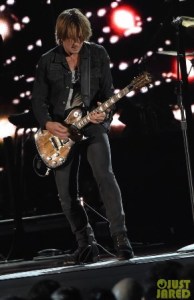 Favorite Moment: Vince Gill receiving the Irving Waugh Award of Excellence – Johnny Cash is the only other country music singer to have won this award. He got a little teary-eyed; it was touching.

Tightest Pants: Keith Urban – did you see those black pants he wore during his performance of “Somewhere In My Car”? Holy Moly! #paintedon #imnotcomplaining

Best Joke from the Hosts: Congratulating Taylor Swift on her successful transition into the pop industry, Brad & Carrie joked about the country music world having PPTSD – Post-Partum Taylor Swift Disorder. 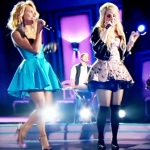 Best Dressed Female: Miranda Lambert – from her gorgeous red carpet dress to the funky but hot dress she wore performing with Meghan Trainor to her super sexy jumper when she performed with The Band Perry; she was spot on all night. 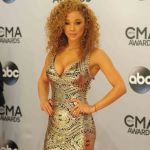 Female Runners Up: Kimberly Perry of The Band Perry, Chaley Rose of Nashville 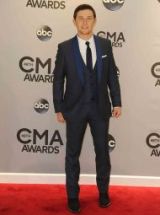 Best Baby Bump: Carrie Underwood – Ok, maybe she was the only woman there with a baby bump, but she’s just so darn cute that even if every woman in the place had one, she’d still win.

Other performances of the night included:

“Listen To The Music” performed by Jennifer Nettles, Hunter Hayes, Hillary Scott, and The Doobie Brothers

Meghan Trainor and Miranda Lambert performing “All About That Bass”

The Band Perry performed an oldie but goodie, Glen Campbell’s “Gentle On My Mind”

Kacey Musgraves & one of the greatest female country singers of all time, Loretta Lynn, performed the classic “You’re Looking At Country”

Carrie Underwood performed “Something In The Water”