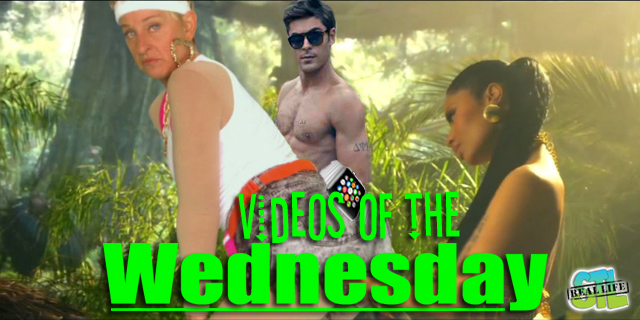 Courtesy of Yahoo! Movies. Two alternate openings will be available of the Neighbors DVD and Blu-ray out on September 23.

Stephen Colbert on the Apple Watch

Why Starbucks Spells Your Name Wrong

Zac Efron in We Are Your Friends – First Look

Zac Efron and Emily Ratajkowski will star in the film where Efron plays an electronic dance music (EDM) DJ. Max Joseph of Catfish fame wrote and directed the project. This is just a first look behind the scenes of the movie’s filming. The film is expected to be released sometime in 2015. Photos from the set recently showed a bruised Efron as he was filming a scene where his character breaks up a fight.