Austin Davis, who was out of the NFL last season volunteering as a high school quarterbacks coach at Westminster Christian Academy, completed 22 of 29 passes for 235 yards yesterday in leading the St. Louis Rams over the Tampa Bay Buccaneers by a 19-17 score. Greg Zuerlein connected on four field goals, including one with 38 seconds left to seal the win. Zac Stacy scored the lone Rams touchdown and Tre Mason was again inactive. T.J. McDonald came up big for the Rams with two huge plays on special teams. He blocked a punt in the second quarter and a field goal in the fourth quarter. With the Buccaneers driving at the end of the game, down by two, the game ended in a rather peculiar way. Rookie Mike Evans took a big hit after making a catch and appeared to be injured. Refs ruled that the 10-second runoff for an injury was in effect with the Bucs being out of timeouts. But, should the clock have stopped with 11 seconds left, not 8?

The Dallas Cowboys come to the Edward Jones Dome next Sunday to take on the Rams in a noon game. The Cowboys beat the Tennessee Titans 26-10 yesterday to move to 1-1 on the season.  Tony Romo was 19/29 for 176 yards and a touchdown. Dez Bryant caught 10 passes for 103 yards and the touchdown. Cowboys kicker Dan Bailey kicked four field goals. Tickets are still available, including 9.708 on Stubhub starting at $26.

Missouri-Central Florida was close early, with Mizzou holding a 14-10 lead at halftime. The Tigers then took over in the second half, outscoring the Knights 24-0 to pull out a 38-10 win. Missouri moves to #18 in the Associated Press poll and #19 in the Coaches poll.  Maty Mauk completed 14 of 24 passes for 144 yards and 4 touchdowns. Bernie Miklasz warns to “Take cover, because it’s pouring touchdowns and Mizzou’s sophomore quarterback is making it rain.”  In Mauk’s first seven career starts in black and gold, he’s thrown 22 touchdowns in 191 throws. Miklasz points out that 11.5 percent of his throws have resulted in touchdowns. Chase Daniel threw a TD on 6.3 percent of his throws in his Mizzou career.

Mizzou’s defense was on point against UCF. Josh Augusta , a 335-pound nose tackle picked up an interception after the UCF quarterback bounced a pass of an offensive lineman’s helmet.

Missouri plays Indiana next week in Columbia. Indiana fell to 1-1 on the season over the weekend with a late loss to Bowling Green.

Kyrie Irving scored 26 points as the United States beat Serbia 129-92 to win the FIBA World Cup of Basketball. Adrian Wojnarowski of Yahoo! wrote today that the NBA needs to pull its stars from international competitions like this. He reasons that its just become a recruiting tool for coaches Mike Krzyzewski and Jim Boeheim.

The team celebrated with some dancing

Citing “a wave for nostalgia for the citrus soda”,  Coca-Cola will begin selling Surge again. The soda will only be available via Amazon for now, and the initial supply has already sold out. Coca-Cola cited the Surge Movement Facebook page as an example of the fan feedback that brought the beverage back.

Greg Norman Should Not Play With Chain Saws

The legendary golfer was using a chain saw to cut back some trees on his property in Florida when the accident occurred. He said there “is nerve damage but no muscular damage”

The thriller No Good Deed brought in an estimated $24.5 million in its opening weekend to beat Dolphin Tale 2 and take the weekend box office. Dolphin Tale 2 brought in $16.5 million for second place and Guardians of the Galaxy surpassed $300 million domestically with another $8 million in receipts. We’ll have more about the weekend box office on Thursday in our Weekend Movie Guide.

Buzzfeed had a story early this morning about Urban Outfitters selling a “vintage Kent State sweatshirt” that appeared to have blood stains and holes in it. Blood stains would of course imply that they were referencing the tragic events in May of 1970 where 4 students lost their lives when National Guard troops opened fire on protesters. Urban Outfitters issued an “apology” via its Twitter account that is basically a bunch of hogwash. Urban Outfitters wasn’t actually “selling” this $129 sweatshirt. The description said there was only one available. Why in the world would you bother putting it on your website? This was a ploy to get attention. Some PR flack can claim a whole bunch of media mentions and the controversy will all blow over. It’s a page straight out of Ryan Holiday’s Trust Me, I’m Lying.

For the third year in a row, Miss New York has taken the Miss America crown with Kira Kazantsev’s win last night. She won despite this somewhat ridiculous talent performance of “Happy” mixed with “Cups”. For the first time, the pageant used pop-up windows to display some random, not always correctly spelled, facts about each contestant. It will be hard for the Miss America pageant to ever top the moment that was Miss Ohio’s (Mackenzie Bart) ventriloquist talent performance.

Orange Is The New Black Romance

Lauren Morelli, a writer on Netflix’s Orange is the New Black, is now dating Samira Wiley, who plays Poussey on the show. Morelli came out in May, mere months after she married her then-husband. Morelli said she realized she was gay during one of her first days on the set of the show. 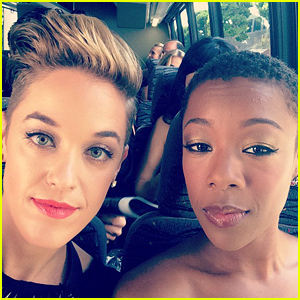 Scotland To Vote On Independence September 18

The citizens of Scotland will vote on Septemeber 18 whether or not to declared independence from the United Kingdom. Queen Elizabeth II has largely stayed out of the debate but recently urged Scots to “think very carefully about the future”. Here’s a primer on what the vote means for the United States, Scotland, the United Kingdom and the world.

Groundskeeper Willie of The Simpsons has “weighed in” on the issue.

One Direction Announces “Steal My Girl” As Next Single

Reports trickled out yesterday and today that Anheuser-Busch InBev is looking to secure up to $122 billion in financing to buy SABMiller. This comes after Heineken denied SABMiller’s offer to buy them. SABMiller’s offer was seen as an attempt to fend off a takeover by ABInBev. Anheuser-Busch tried the same strategy when it tried buying Grupo Modelo to fend off an InBev takeover. Anheuser-Busch InBev eventually bought the part of Grupo Modelo they didn’t already own last year. In order to satisfy antitrust concerns, SABMiller would likely have to get rid of their U.S. operations before becoming part of ABInbev. What would this deal mean for the beer industry and beer drinkers? Basically, if you’re drinking something other than a local brew, it’ll likely be owned by the Brazilians at InBev in some way.

Lionsgate had previously released two sneak peaks of this trailer before releasing the full trailer today. The film is due out in November.