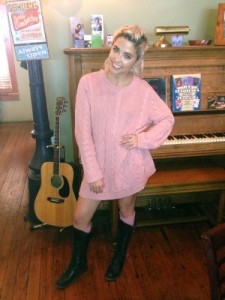 Everyone loves a good singing show. American Idol, The Voice, and The X-Factor all give singers the chance to show off their talent in hopes of winning a record deal. While not every contestant walks away with the deal of their dreams, they sure do learn a lot – about the industry, about hard work, and about themselves.

How do I know? Last summer I had the privilege of working with an X-Factor Season 2 finalist, CeCe Frey. Placing in the Top 6, CeCe was the last contestant from Demi Lovato’s group to be eliminated. While you may remember her as the bratty blonde, CeCe is quite the opposite in real life.

After the show, she started working in some studios in L.A., but eventually migrated toward home, where she continued working on her music in a studio here in St. Louis. Also a musician, I had worked in the same studio, and our mutual producer suggested we start writing music together. The result? A great friendship and some really catchy tunes. In spite of our busy schedules, we got the chance to catch up over a cup of coffee a couple weeks ago. We covered topics like bras, Nelly, and of course, her career! Check out the video below!

CeCe plans to release a cover of “Let It Go” from Disney’s Frozen on April 28th, so be sure to check it out!

EDITOR’S UPDATE: Here’s CeCe on “Let It Go”. Lydia played piano and helped with the overall composition of the track. 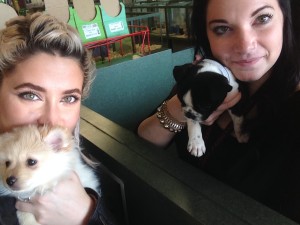