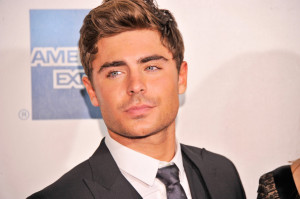 High School Musical hottie Zac Efron reported to LA authorities that he was attacked last weekend on Skid Row. According to Efron, he and his driver, who wished to remain anonymous, ran out of gas and got ‘stranded’ in the sketchy area.  A group of transients approached their vehicle after Zac threw a bottle of who knows what out the window. Efron’s driver, who also claims to be his bodyguard, then got into it with the transients. Efron joined the struggle in defense of his bodyguard, and got slugged in the face by one of the homeless men. Officers arrived on the scene at 2:25 am, where Zac and his driver were waiting for a tow truck. No other details regarding the incident have been released.

Now, I love Zac–so much that I might let him marry me. But, after his time in rehab for alcohol abuse and an alleged cocaine addiction in 2013, it makes me a little suspicious of what he was doing in that area in the first place. As much as I want to give Zac the benefit of the doubt, I’m just going to come out and say what we’re all thinking…It sounds like someone didn’t quite kick the habit in rehab.

Best known for his charming roles in “High School Musical, 17 Again, Charlie St. Cloud, and The Lucky One, Zac just recently starred in That Awkward Moment, which came out earlier this year. He will also be co-starring with Seth Rogen in a new comedy called Neighbors to be released on May 9th. What’s sad about his previous (and potentially current) substance abuse issues is that Zac has so much going for him. He always has! (Well, except when he starred in this…he hadn’t quite grown into his sexy yet.) He’s good looking, funny, good looking, a great actor, good looking, a bunch of other good things, and did I mention good looking?

I’m looking forward to his new movie in May and hope to see him star in many more. But the question still remains, is Zac falling back into his old habits? Is it time for another trip to rehab? I think I can speak for all females when I say I hope that Zac can pull it together and stay out of trouble. We don’t want anyone else tryin’ to mess up his face!

This Weekend in St. Louis Ryan 967 days ago.