After playing the first two games of the 2018 United Soccer League season on the road, Saint Louis FC is back at World Wide Technology Soccer Park this weekend. The Chupacabras take on the Colorado Springs Swtichbacks FC on Saturday afternoon at Toyota Stadium.

Kickoff is set for 4 pm on Saturday. A limited amount of tickets remain as of this writing, but the club is expecting a sell-out crowd on Saturday. If you still need tickets, head over to SaintLouisFC.com or call 636-680-0997 today.

Scroll down for a preview of Saturday’s match and the link to stream the match on YouTube if you can’t make it to the park. Don’t want to drive out to Fenton? We have all the information you need on the complimentary Pub2Park shuttles.

Switchbacks FC notched six wins in seven preseason matches, including a win over the Harpos FC team that sells this awesome supporters scarf.

The winning continued with a 2-0 win at home over Los Angeles Galaxy II to start the regular season. A 1-0 loss followed last week to Portland Timbers 2.

AJ Ajeakwa and Jordan Burt have recorded the team’s two goals this season with Burt’s goal coming on a penalty against Los Angeles.

Though he has yet to score this season, Josh Suggs leads the team in chances created this season with six. The defender was named to the 2016 USL All-League Second Team. That team also included former STLFC players Irvin Herrera and Devala Gorrick as well as current Chupacabra Corey Hertzog.

Switchbacks FC will be playing its first game away from Weidner Field in Colorado Springs this weekend.

Back on March 11, 2014 Granite City-native Steve Trittschuh was announced as head coach of Colorado Springs Switchbacks FC. Owner Ragain Sports had just announced the club name less than 2 months before and the club crest wouldn’t be unveiled for another 3 months. The Switchbacks have qualified for the USL playoffs in two of the team’s three seasons in the USL.

Trittschuh played his college soccer at Southern Illinois University-Edwardsville before moving on to play indoor soccer for the St. Louis Steamers.

While playing for the Steamers, Trittschuh was also making a name for himself on the outdoor pitch.

The defender was named to the 1988 U.S. Olympic men’s soccer team and would make 37 appearances for the U.S. Men’s National Team. His play for the team in the late 80s helped the U.S. qualify for the 1990 World Cup in Italy. The U.S. had last qualified for the 1950 World Cup.

Trittschuh would go on to become the first American to play in the UEFA Champions League. By the mid-90s he had returned stateside and joined the St. Louis Ambush indoor team for the 1994-95 season, helping the team win the National Professional Soccer League (NPSL) title that season.

In 1996, Steve was signed by the Colorado Rapids of the new professional outdoor soccer league, Major League Soccer. He would go on to play 162 MLS games before retiring in 2001.

A Loss In San Antonio

Saint Louis FC fell by a 2-1 score in San Antonio last Saturday. Kyle Greig scored for the visitors, but SAFC answered with a goal in each half to take the three points.

STLFC was without defender Aedan Stanley, who was in camp with the U-20 U.S. Men’s National Team. It’s unclear if he will be available for Saturday’s match.

Tailgate With The St. Louligans Saturday

An important part of the fan experience at Toyota Stadium since Saint Louis FC’s inception has been the tailgate put on by the St. Louligans. With Saturday’s special early kickoff, the tailgate is scheduled to start at 2 pm and will feature pulled pork and Easter ham with plenty of sides. A $5 donation is suggested for those eating.

The Gran Cruzin’ Mobile Cigar Lounge will also be set up at the tailgate.

The St. Louligans have raised around $50,000 for charity in three STLFC seasons through their Charity Du Jour program. This week, the group will be selling merchandise and raising funds for the Colorectal Cancer Alliance. 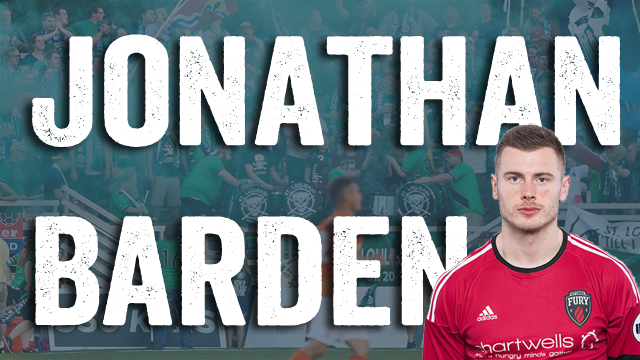 Corey Hertzog and Joey Calistri donned Domino’s Pizza uniforms and set out earlier this week to deliver pizzas and drinks to the winner of a recent club promotion. The club shared the video on its Facebook page.

Stream The Match On YouTube Or Listen On KTRS

All USL matches this season will be streamed for free on YouTube. 11 STLFC away matches will also be shown locally on KPLR 11.

550 AM KTRS will broadcast every Saint Louis FC home match on the radio as well as a pregame show beginning 90 minutes before kickoff.  STLFC President Patrick Barry joined The McGraw Show on Friday to talk about Saturday’s match.

Need A Ride To Soccer Park? Take A Pub2Park Shuttle

The Pub2Park program presented by JED Transportation returns for the 2018 season with a few changes. The complimentary shuttles will now leave from three locations; Mission Taco in Soulard, Amsterdam Tavern and Hotshots Fenton. To reserve your spot for Saturday, check out the Pub2Park page.

While most of Saturday is expected to be dreary across the St. Louis area, the weather is predicted to cooperate for the game. The rain is expected to stop before kickoff and not restart until after the game is finished. 4 pm is also expected to be the warmest part of the day.

A sell-out crowd is expected at Toyota Stadium at World Wide Technology Soccer Park on Saturday to watch Saint Louis FC take on Colorado Springs Switchbacks FC. As of this writing, a few tickets remain however. Do you still need a ticket? Buy one right now at SaintLouisFC.com or call the ticket office at 636-680-0997.