*Jamaican Jam: On Friday, from 7-11pm, head to 314 The City Bar for a Jamaican Jam featuring 420/4 APA, Best Tropical Apparel Contest, Jerk Burgers, and Steel Drum Music by LeaKy TiKi.
*7th Annual Firkin Fest: On Saturday, from 2-10pm, head to iTap Soulard. 8+ fresh firkins will be lined up on the bar and tapped at 2pm; many with special one-off variations of flagship beers. 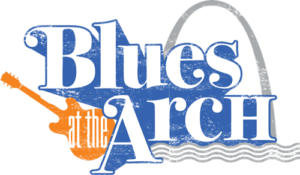 Blues at the Arch: Free Friday Blues concerts at the North Gateway Grounds by Eads Bridge. Friday’s performers include: Lil’ Ray Neal and Big George Brock. Blues singer-guitarist Lil’ Ray Neal, son of singer-harmonica player Raful Neal, Lil’ Ray has played for some of the greatest names in Blues and R&B including the beloved B.B. King. Big George Brock, also known as “King of the St. Louis Blues,” migrated to St. Louis in 1949 and has traveled with blues legend Muddy Waters.

54th Annual Moonlight Ramble: The annual Moonlight Ramble is the “World’s Original Nighttime Bike Ride” held in St. Louis, Missouri at midnight near the full moon in August. Attracting thousands of riders each year, the event includes a leisurely bike ride through the streets of St. Louis, a vendor area, entertainment, a commemorative event shirt (It glows in the dark!), and an after-ride party with snacks and drinks. Tickets are $25.

Stargazing, Total Solar Eclipse Previews: Expert speakers will explain the eclipse and how to safely view it in free programs held at 8pm. The talk will be followed by free telescope viewing on the Arch Grounds of the Moon, Saturn, and other objects. Guest Speaker for August 6 viewing is Dr. Angela Speck, University of Missouri Eclipse Expert.

*The Total Solar Eclipse can be seen on Monday, August 21st. You can use this interactive map from NASA to find out the exact locations from which it will be visible.

Sunday Funday at Ballpark Village: Ultimate end of summer Sunday Funday with games, fashion trucks, raffle prizes, and the Cardinals food truck and much more. Tickets are $20 and include two drink tickets, an entry in a door prize giveaway, and a $10 donation to Siteman Cancer Center, a local leader in cancer treatment, research, prevention, education and community outreach.

The Wedding Show: The Wedding Show takes the stress out of your wedding planning. In just one afternoon you will see more wedding businesses than you could visit in a month on your own. We bring you a face-to-face sampling of virtually everything you’ll need to make your wedding day perfect with over 200 wedding exhibits plus a fashion show, live entertainment, discounts and prizes, and more. Registration is $10 at the door or $5 pre-order.

Party off the Parkway: Enjoy a dinner concept of local fare farm-to-table food from Farmtruk, delicious sweets from Destination Desserts, hand-crafted beer, cocktails and wine from Wandering Sidecar Bar and Naked Vine, live music from Volcanic Ash, yoga in the park with Valley Yoga, a farmer’s market, art events for kids, plus much more!

Madagascar The Musical: Calling kids of all ages, party animals, and those who like to move it move it! Enjoy an evening of family-friendly musical theatre with the Insight Theatre Company Interns and come see Madagascar: A Musical Adventure! Will Alex and Marty’s friendship overcome the rules of nature? Will those sneaky penguins make it back to their natural habitat?! Will King Julien and Maurice finally save their lemur kingdom from the dreaded foosa? Tickets are $15.

Art Hill Film Series: The Devil Wears Prada: A college graduate who goes to New York City and lands a job as the assistant to Miranda Priestly, the demanding editor-in-chief of a high fashion magazine. The party starts at 6 pm! Before the movie begins, enjoy Food Truck Fest presented by Sauce Magazine, walk the red carpet in our signature Selfie Station, designed & created by Oh So Vivant, groove to the tunes of DJ Nune & Lamar Harris from 7-8:30pm. Film begins promptly at 9pm.

*The St. Louis Post Dispatch will host a VIP Preview night of the ’Burbs, Sip n’ See on Friday, August 4 at 7pm. This 21+ event will feature a wine tasting from area wineries and local restaurants, live music, and a sneak peak of the art installations prior to Saturday’s festival.

Westport Drink Run/Pub Crawl: Drink Run hosted by the Maryland Heights Chamber of Commerce. Registration will begin at 2:30pm at Drunken Fish Sushi Restaurant & Lounge. Our stops will include Fuzzy’s Taco Shop, Trainwreck Saloon and Jive & Wail Dueling Pianos. The first 50 people to register will receive a commemorative cup. The cost is $30 and includes a free drink at each stop.

Stapleton’s All American Road Show: Country musician, Chris Stapleton, is coming to St. Louis as part of his current tour. Openers include: Margo Price and Brent Cobb. Stapleton has six country number-one songs including the five-week number-one “Never Wanted Nothing More” recorded by Kenny Chesney, “Love’s Gonna Make It Alright” recorded by George Strait, and “Come Back Song” recorded by Darius Rucker. Among several accolades, he won the Country Music Association Awards and the Academy of Country Music Awards for Album of the Year and Male Vocalist of the Year, and the Grammy Award for Best Country Album and Best Country Solo Performance at the 58th annual ceremony. Tickets start at $65.