GeeklyCon 2017: Four days of gaming and fun. The centerpiece of GeeklyCon is a large gaming room filled with people playing board games and tabletop RPGs like Dungeons and Dragons. There is plenty to do outside of the game room as well. See a live performance of your favorite Geekly podcasts, panels led by scientists, gamers, podcast experts, and more, karaoke, live music outings, compete and win points for your house in the Geekly House Cup, go out for a drink with your new best friends, or see the sights around St. Louis.

Charles Glenn Group at Lumiere Live: The son of an accomplished opera singer, Charles received early training in voice and percussion. Charles has utilized both his strong vocal and percussion talents as the opening act for such national groups as Smokey Robinson, Huey Lewis and the News, and the Allman Brothers. Charles has also performed and worked with Andre Crouch and Stellar Award winner Calvin Bridges, and was selected to perform a series of limited engagements with Grammy Award-winning group “The Fifth Dimension”. St. Louisans will recognize Charles Glenn as a frequent National Anthem singer for the St. Louis Cardinals, and for the past ten years, the St. Louis Blues. Tickets for Charles Glenn Group are $10 for general admission. 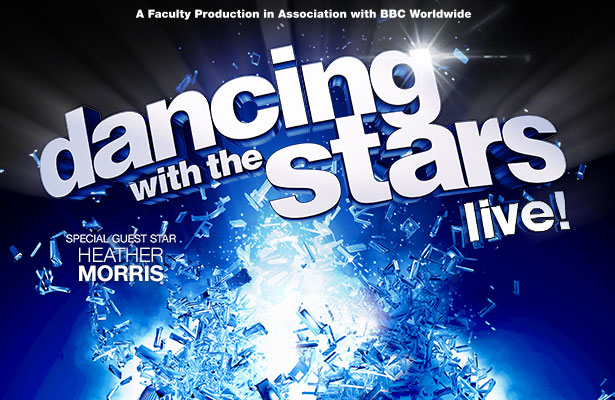 Dancing With The Stars Live!: TV’s hottest show is touring across America this summer in Dancing with the Stars: Live! – Hot Summer Nights. Fans of the show have the opportunity to see the best ballroom dancers in the business perform live in their hometowns. This all-new production showcases every type of ballroom and modern dance seen on ABC’s hit show Dancing with the Stars, including sizzling group numbers, steamy duets and over the top original pieces. Featuring Special Guest Star Heather Morris. Tickets start at $36.

A Very Potter Party: Accio! Summoning all muggles awaiting their Hogwarts letter to The Crown Room for a very magical evening! Beginning at 8PM, all guests who “solemnly swear they are up to no good” will receive wristbands for discounted Butter Beer, Felix Felicis and Unicorn Blood cocktails, plus themed shots throughout the evening. Dressing in your favorite attire is highly encouraged, and will award your house 10 points towards the honorable House Cup. Don’t forget to drop your name in the Goblet of Fire at the door to receive themed swag, plus be entered into our Tri-Wizard Tournament Giveaway.

9 To 5 The Musical:Based on the seminal 1980 hit movie, this hilarious musical romp that explores friendship and revenge in the Rolodex era is outrageous, romantic, and even a little bit thought provoking in its heroines’ desire to break the glass ceiling. Chock-full of upbeat and optimistic songs by country superstar Dolly Parton and featuring the toe-tapping title tune, “9 to 5”, three female coworkers concoct a plan to live out their wildest fantasies by giving their sexist, egotistical, lying, hypocritical bigot of a boss the boot. Based on the Twentieth Century Fox film with Music and Lyrics by Dolly Parton.

With the temperatures in the St. Louis area hitting triple digits this weekend, maybe catching a movie in a nice, cool theater seems more to your liking? Check out our Weekend Movie Guide.