Wonder Woman’s first solo feature film has met or exceeded expectations in just about every way. Gal Gadot, who was pregnant when filming Wonder Woman, has been receiving rave reviews. The film earned an estimated $100.5 million at the box office over the weekend to easily top the weekend box office. In second place was another debut, Captain Underpants: The First Epic Movie, at $23.5 million.

Gadot also earned praise recently for her apperance on Jimmy Fallon talking about how she got the superhero role. 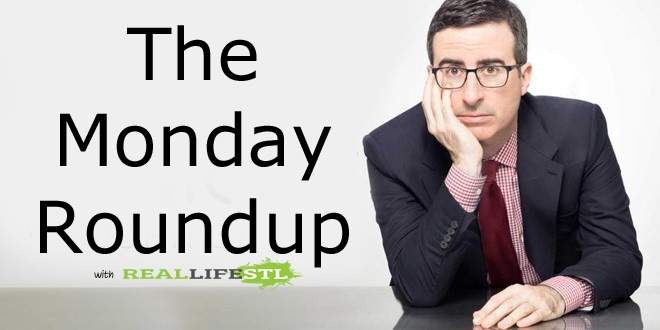 With the announcement last week that President Donald Trump was pulling the United States out of the Paris Agreement on Climate Change, John Oliver decided to talk about the agreement on this past weekend’d episode of Last Week Tonight.

Saint Louis FC Gets Back In Winning Column

Saint Louis FC made its triumphant return to Toyota Stadium at World Wide Technology Soccer Park over the weekend and earned a 2-0 win over Toronto FC II. The win was the club’s first in United Soccer League play since April 12. The three points gives STLFC 15 on the season, good enough for 8th in the USL East, despite playing 2-3 games less than some clubs above them.

Saint Louis FC is back in action at Toyota Stadium this Sunday against Bethlehem Steel FC. Kick off is set for 4 pm. Head to SaintLouisFC.com for tickets.

Tickets are now on sale for the Wednesday June 14th matchup between Saint Louis FC and the Chicago Fire in the 4th round of the Lamar Hunt U.S. Open Cup.

Albert Pujols became the ninth player in the history of Major League Baseball to hit 600 home runs  in a career. Now in his sixth season with the Los Angeles Angels of Anaheim, Pujols accomplished the feat on Friday night with a Grand Slam in the fourth inning off Ervin Santana of the Minnesota Twins.

23-year old Scott Steffel caught the historic home run ball with the baseball glove he brought to the game.

Steffel was escorted through the stadium before giving the ball back to Pujols after the game. His asking price? A picture with Pujols.