We’ve compiled the top events happening around the St. Louis area this weekend. Get out and enjoy all St. Louis has to offer.

Missouri Valley Conference Men’s Basketball: It’s Arch Madness time in St. Louis. The games start at 6pm on Thursday with Evansville vs. Indiana State followed by Bradley vs Drake. Games continue on Friday with Illinois State vs Game 1 winner, Southern Illinois vs Loyola, Wichita St vs Game 2 winner, and UNI vs Missouri State. Saturday’s games will be based off previous winners and Sunday is the MVC Championship game at 1pm. Pre and post game activities will take place at Ballpark Village. Check website for ticket prices.

Let It Be: Annerin Productions brings you the show that you never got to see The Beatles ever perform. Relive the past from Ed Sullivan to Abbey Road, with favorite hits including “All My Loving,” “Hard Day’s Night,” “Twist and Shout,” “Get Back,” “I Wanna Hold Your Hand,” “Strawberry Fields,” and more. Enter a time capsule and turn back in time to what would have been John Lennon’s 40th Birthday – October 9, 1980. For one night, the fab four come together again on stage after a decade apart, performing other hits like “Back in the USSR,” “Live and Let Die,” “Got to Get You Into My Life,” “My Sweet Lord,” “Hey Jude,” “Here Comes the Sun,” “While my Guitar Weeps,” and many more hits you never saw performed live, on top of many other classics! Imagine a night that never happened, but which feels so surreal! Tickets start at $30.

Hot Country Nights: Get ready to get your country on with Canaan Smith performing on the FOX Sports Midwest Live! stage as Ballpark Village begins their 2nd annual 92.3 WIL HOT COUNTRY NIGHTS Presented by FORD series. Look for David Nail featuring special guest Casey Donahew Band coming next Friday. This is a free show but you must still purchase a ticket.

Fire & Ice: Cool craft cocktails, adult snow cones, hot chocolate, frozen concoctions and more all being served up at our annual Fire & Ice party! Guests will enjoy sweeping views 400 ft. above downtown St. Louis while warming up to the red-hot fire pits and a s’mores station, while cooling off at our ice bar and luge. Warm up with winter fun at the hottest party in town! No ticket required. Free from 8pm-10pm. After 10pm admission is $10. Must be 21 and over. 10% of our proceeds will go to the St. Louis Fire Department. 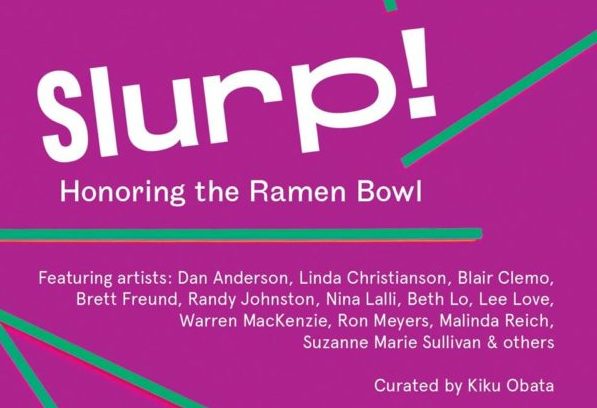 Slurp! Honoring the Ramen Bowl: A celebration of Ramen! Ramen has become an international food sensation with hundreds of cult shops popping up around the globe. There is an infinite variety of noodles, broths, and toppings that one can choose from. There have been serious debates over authenticity, origins, and proper ways to eat this dish. Featuring invited artists: Dan Anderson, Blair Clemo, Linda Christianson, Brett Freund, Randy Johnston, Nina Lalli, Beth Lo, Lee Love, Warren MacKenzie, Ron Meyers, Malinda Reich, Suzanne Marie Sullivan.

March First Friday: Harry Potter: It’s a Harry Potter evening at the Science Center with free viewings of Harry Potter and the Chamber of Secrets in the Omnimax, plus you can visit with the World Bird Sanctuary to see owls featured in Harry Potter, learn to play Quidditch in the Muggle world with Webster University’s Quidditch team, snap a photo at the ExploreStore’s green screen photo opp, play First Friday Trivia hosted by Maz Foizey, see local crafters and artists including ArtMonkeyWorld, Blue Mask Studio, More Me Know, and Everyday Geek, get a massage from Wellness Choice, check out Dancakes amazing pancake creations with Anime St. Louis, check out a Special Presentation: Untold Tales of the Potterverse with Dr. Dan Yezbick, professor of English and Media Studies at St. Louis Community College at Wildwood, explores readings from Hogwart’s Restricted Section on some of Harry Potter’s best kept secrets, celebrities, potions, and problems, and much more!

American Made Tour: Lee Brice & Justin Moore are coming to St. Louis with special guest William Michael Morgan. Justin Moore recently released his 4th album, ‘Kinda Don’t Care’ and has hits including: “You Look Like I Need a Drink,” “Small Town USA,” “If Heaven Wasn’t So Far Away,” “Point at You” and “Lettin’ The Night Roll.” Lee Brice has celebrated five number one hits including “I Drive Your Truck” and “Drinking Class.” Tickets start at $12.

THIS SHOW HAS BEEN POSTPONED DUE TO ILLNESS. A RESCHEDULED DATE HAS NOT YET BEEN ANNOUNCED

Rain: A Tribute to The Beatles: Celebrate the 50th anniversary of the release of Sgt Pepper’s Lonely Hearts Club Band! For the first time ever, RAIN will bring the historic album to life in its entirety for this psychedelic multimedia spectacular! This mind blowing performance takes you back in time with the legendary foursome delivering a note-for-note theatrical event that is the next best thing to seeing the Beatles. Tickets start at $35.

The Center Stage Comedy Tour: Comedians Sommore, Arnez J, Tommy Davidson, John Witherspoon are coming to St. Louis. One night, four comedians, tickets start at just $52. Sommore, one of the ‘Queens of Comedy,’ has appeared in “Soul Plane,” “A Miami Tail,” “Friday After Next,” and “Something New” as well as Def Comedy Jam, Showtime at the Apollo, and more. John Witherspoon is best known as Willie in the “Friday” movies. he has also starred in “Hollywood Shuffle” and “Boomerang and has made appearances on “The Wayans Bros”, “The Tracy Morgan Show” and more.

Honor The Brew Tour: Drink 314 celebrates the responsible culture of drinking in St. Louis! Join these tours for interesting behind the scenes in the breweries, and loads of fun with Jordan from Drink 314 and the guys from Crooked Craft Tours. This month, we will meet at 6 pm at Prasino in St. Charles for a tour visiting Friendship Brewery, Cork and Rind, and then head back to Prasino for dessert. Tickets are $40.