As I jumped on Twitter to share the awesomeness that I was feeling watching Martha & Snoop, along with celebrity guests Seth Rogen, Wiz Kalifa, and Ice Cube, join together for the best dinner party that will ever be had, complete with a performance from Anderson Paak, I realized I was not the only one having this awesome feeling. #MarthaAndSnoop was trending last night, with millions of people tweeting about the show and how much they loved it.

It was probably the funniest thing I’ve watched in a very long time. Sure, I guess you can learn something about cooking from Martha (and maybe Snoop – like apparently adding KC Masterpiece chips to your chicken wings gives them good flavor), but that’s not really the point in watching the show. Of course, if you do end up wanting to try out any of their recipes, you can find them on VH1.com after the show.

But now to the point of the show. 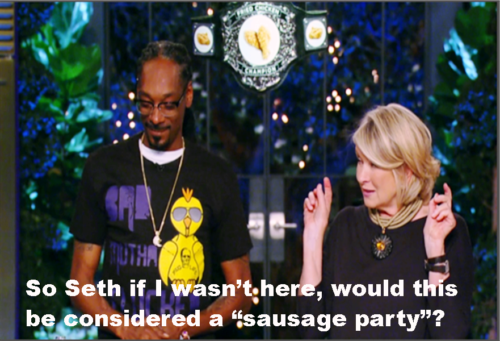 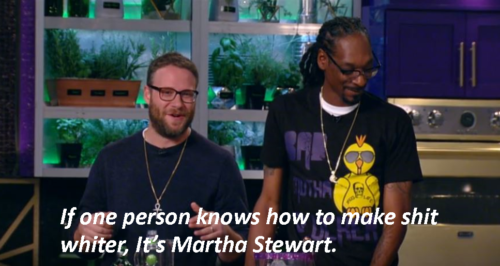 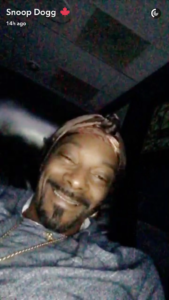 And when Martha asked Snoop where he got the lemon pepper to season his chicken, and he told her from the lemon man on the corner. In the words of Snoop himself: “This show is funny, man.”

I could go on and tell you about every amazing and hilarious conversation that took place on the show, like how Seth can no longer enjoy Korean Kimchi because he’s no longer welcome in Korea, or you could just watch it yourself. The full episode is available on VH1. Episode 2 airs next Monday at 10/9C.