Bring It! Live: Bring It! Live will give fans the chance to become part of the action as they see Miss D and her Dancing Dolls perform their never-before-seen routines live onstage. Audience members will take part in live voting, engage in Q+A with the cast, and get the exclusive “behind the scenes” lowdown on the hit Lifetime series. In addition to audience participation, “Bring It! Live” will feature a new competition story line and an action-packed finale in what promises to be a stunning night of dancing sure to impress both die hard Bring It! followers and new fans alike. Tickets start at $29.75.

Slide The City: Summer time is here and Slide The City is bringing a record-breaking water slide to St. Louis. The slide was made in the USA and travels throughout the country. Slide the City is a family friendly slip-and-slide water party event. There will be live music, food, drinks, water, and of course the biggest slip and slide ever to hit asphalt. You’ll receive a tube, a mouth guard, and a drawstring bag. This is a full day block party so come early, or stay late, to participate in all the other activities being held at the event. Get your tickets in advance.

Southern Fried Chicken Festival: Southern celebrates their first year of business and within that same month is National Fried Chicken Day. So, we figured what better way to celebrate than with a Fried Chicken Festival at 4 Hands! This is a free, family friendly event. Join us for some live tunes, great beer, fried chicken and other food offerings from a handful of STL Chicken joints. Joining us will be Southern, Byrd and Barrel, The Libertine, Elijah P’s, Old Standard, Juniper, Hiro, Gus’s and Gallaghers. There will also be sweet treats from Ices Plain & Fancy and Strange Donuts. Art Farm will be doing on site T shirt printing as well. 4 Hands is creating a beer for the event to pair perfectly with fried chicken and the heat! Food challenges and face painting will also be thrown in the mix.

A Night In Old Havana: Join St. Louis Magazine for the 2016 A-List party, A Night in Old Havana! Sample savory cusines from approximately 20 of the city’s best restaurants, sip creative cocktails, enjoy beer by Select from Budweiser, mix and mingle with A-List winners. Dance to the hypnotic rhythm of St. Louis’ premier Latin band, ORQUESTRA SON MONTUNO and the 2016 A-List DJ. With the beat of bongos and trumpets, frolic, stroll, slip and eat your way through our inspired setting of Old Havana. Party VIP-style with Pepsi 1893 in the private courtyard lounge, and continue the party at The Mandarin Lounge STL. GA Tickets are $45 and $75 for VIP.

Food Truck Friday:Come out to Tower Grove Park and enjoy delicious food from 20+ food trucks ranging from burgers to tacos to pizza, cupcakes, sandwiches, and so much more. Bring some blankets, chairs, beverages (can also be purchased) and relax and while enjoying live music from Tommy Halloran in the park. Don’t forget the bug spray. 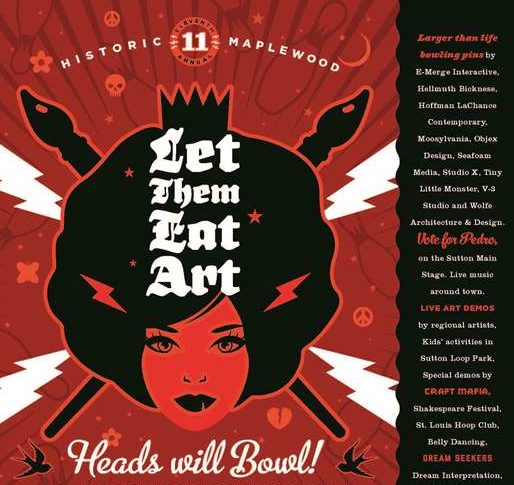 Art Hill Film Series: The St. Louis Art Museum is kicking off it’s annual summer movies on the hill and this year the theme is American Spirit – celebrating the spirit of America. The movies will take place every Friday in July. This Friday is none other than the military themed classic, Top Gun, starring Tom Cruise. You can bring your own food or eat from the Museum’s cafe or one of the various Food Trucks that will be available from 6-8:30pm. There will also be a fun artist event each week. This week Pele Prints will be on hand to help you create a film series masterpiece.

Bastille Day Celebration: Bastille Day commemorates the beginning of the French Revolution, July 14, 1789. On that day the Bastille, a notorious Paris prison symbolizing the tyranny and corruption of the royals, was stormed by the masses in protest of the injustices suffered under the ruling class. It is also known as the “Fete de la Federation,” which celebrates the unity of the French people. Shouts of “Liberte”! Egalite”! Fraternite’! will fill the air once again as the Chatillon De-Menil House Foundation celebrates Bastille Day. Join us for the festivities where Louis XVI and his queen, Marie Antoinette, will be in attendance, as well as representatives from the French Colonial Artillery and cannoneers from the Milice de Sainte Famille. Listen as Bill Hart sings “La Marseillaise” from the balcony of the mansion, watch and participate in “Dance Discovery’s costumed performance of period dancing, and viewing a military “assault” on the historic mansion. Join the fun as St. Louis Ragtimers’ Don Franz greets our guests strumming from his magical banjo. There will be a cash only concession stand serving hot dogs, beer, wine and lemonade. At 2:30pm, enjoy a free walking tour of the Cherokee-Lemp Historic District.

Carondelet Concerts in the Park: A longstanding annual celebration of diverse music, hosting local musicians at various parks in the Carondelet neighborhood. These concerts have been a staple in the community for more than 25 years, attracting thousands of attendees. Each week features a different variety of music and other activities including craft fairs, children’s book-reading with the St. Louis Public Library during concert intermission and more. This week’s live music is from the rockabilly roots band, Trip Daddys.

Cardboard Boat Race & Dive In Movie: This family-friendly event begins at 6pm with a Cardboard Boat Race! Build boats from corrugated cardboard and duct tape! The boats will race in heats for time. Life jackets must be worn by all participants. The participants will be divided into two age categories of 13 and under and 14 and above. Everyone must haul away their boats or remains after the event. After a little friendly competition, relax and enjoy the Dive-In Movie, Hotel Transylvania, at dusk. Dracula, who operates a high-end resort away from the human world, goes into overprotective mode when a boy discovers the resort and falls for the count’s teen-aged daughter.

Eckert’s Summer Concert Series: A free and family friendly event with a spot for the kids to play while the concerts are going on. Food and drinks available for purchase at our outdoor patio and our Country Store & Restaurant are open during the concert times. Dogs are allowed as long as they are on a leash. You might want to bring your own lawn chair as the provided tables and chairs tend to fill up fast! Live music will start at 7pm with Courtney Patton (Soulful Country) on Friday and Kayla Ray (country) will perform on Saturday.