I spent the last week binge watching the original 7 seasons of Gilmore Girls…and besides being exhausted from lack of sleep, I’m SO excited for the revival! I have to admit, I dropped off the Gilmore Girls train somewhere around Season 5 the first time around, but always loved the show and was extremely excited about the revival. Oh, nostalgia.

Knowing I had to catch up before the revival came around – November 25th people, mark it on your calendars – I jumped on Netflix and started watching….and couldn’t stop. It was better than the first time around! Maybe it’s due to a better understanding of the references or maybe from not having to sit through commercials or wait for a specific time and day to watch each episode – thank you Netflix! – but I’m stoked!

After watching the final episode, I started Googling information about the revival to find out any leaked info I could get my hands on. Are Lorelai and Luke married? Who did Rory choose? So many unanswered questions! While there’s not much, here’s what I have found out so far. I will keep this post updated as I learn more info.

Jared Padalecki aka Dean aka Rory’s first love will only be in a few scenes for “closure” so don’t get too excited about he and Rory getting married and living happily ever after.

Milo Ventimiglia aka Jess aka the bad boy has said he is in more than 2 episodes but less than 4.  That means he will be in 3 of the 4 ninety-minute episodes, which is a lot! As an avid member of #TeamJess, I can pretty much assure you that this means he will be Rory’s final love interest and will win her heart. I have further evidence to back this up. There was a reunion panel. While this was allegedly before the revival was even in the works, in my opinion, where each person was seated is indicative of their importance in the upcoming revival. The writer, Lorelai, Rory, Emily, Luke, and Jess were all seated together. Then there was a couch with Lane, Michelle, and Paris and finally Dean, Logan and others from the show all seated together at the end of the panel. Additionally, when the boys were asked who’s team they were on, both Dean and Logan said Team Jess. That has to count for something, right? 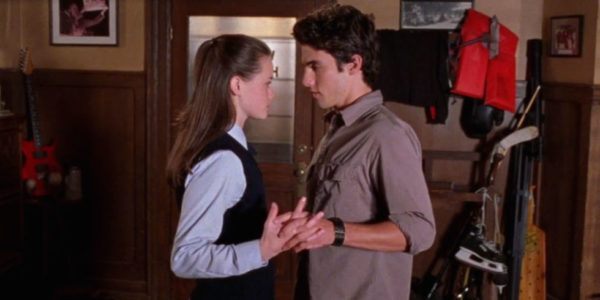 Lorelai and Luke are Not Married yet at the beginning of the revival! This is insane to me, however, I get it. Diehard Gilmore Girls fans would not be pleased about not being able to witness that happily ever after celebration, so they have to let us be included. It just seems like a long time for them to wait…I mean, aren’t they going to have a  Lorelai and Luke love child?

Instagram photos have already given away the fact that Hep Alien will be back as a band, which is exciting news!

There will be a musical in episode 3 aka Summer which will feature Sutton Foster from Bunheads. Liz Torres aka Miss Patty actually mentions something similar to this in the reunion panel about her idea for what might have happened with her in a future Gilmore Girls episode. She talks about a big production coming to Stars Hollow and how she would have arranged it and the cast would be part of it and they would put her in front of the camera and she would freeze. And then we find out that there is a musical, the cast does play in it, and there will be Broadway stars featured in it, and I’m wondering how telling that reunion panel really was.

Here’s the reunion panel. It’s an hour and 49 minutes so make sure to get comfy in your pjs and grab some popcorn before sitting down to watch.

And here is the first trailer – just released!